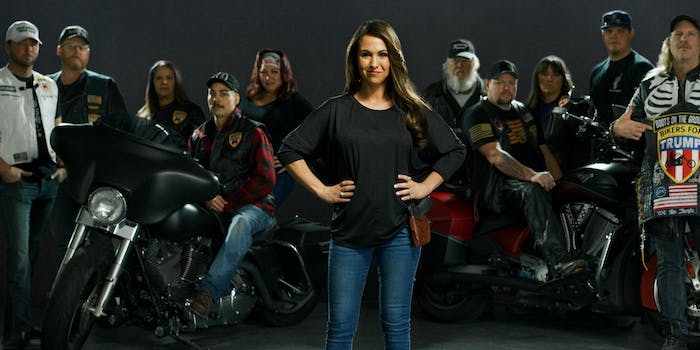 Lauren Boebert, the owner of a gun-friendly restaurant who has expressed support for the QAnon conspiracy theory, won the Republican primary for Colorado’s 3rd district in an upset victory over incumbent Rep. Scott Tipton.

Tipton, a five-term congressman, was widely expected to win the race, even receiving an endorsement from President Trump on Monday.

“Congressman @ScottRTipton is a great supporter of the #MAGA Agenda!” Trump tweeted. “He fights for your #2A rights and the Border Wall. Scott is working hard for Colorado and has my Complete and Total Endorsement! #CO03”

Boebert, however, campaigned on being the true pro-Trump candidate, claiming “draining the swamp starts at home!” and pledging to take on “socialists” like Rep. Alexandria Ocasio-Cortez (D-NY).

The first-time congressional candidate is perhaps best known as the owner of Shooter’s Grill, which received national attention for encouraging its employees to open-carry. Its website offers “Gods, Guns, Trump” merchandise, along with other pro-Second Amendment paraphernalia.

The restaurant recently had its license suspended after Boebert defied coronavirus closure orders.

Boebert’s other claim to fame happened in 2019, when she showed up armed at an event for former Democratic presidential candidate Beto O’Rourke in Aurora, Colorado—where a 2012 mass shooting killed 12 people—to denounce his stance on gun control. The confrontation earned her an interview on Fox News. A few months later, Boebert announced her “pro-freedom, pro-guns, pro-constitution” candidacy.

In May, Boebert promoted her campaign on Steel Truth, a YouTube show hosted by Pizzagate and QAnon conspiracy theorist Ann Vandersteel, and shared her thoughts on “Q.” After calling it “fringe,” she expressed supported of the deep-state theory, saying she hopes it is real.

“That’s more my mom’s thing, she’s a little fringe. I just try to keep things on track and positive. I am very familiar with it though,” Boebert said in response to a viewer question. When Vandersteel pushed her to elaborate, Boebert added, “Everything I heard of Q—I hope that this is real, because it only means America is getting stronger and better, and people are returning to conservative values, and that’s what I am for.”

While other candidates linked to QAnon have struggled to get support from their own party, Boebert seemingly does not have that problem. On Tuesday night, Rep. Matt Gaetz (R-Fla.) congratulated her for the “big win,” calling her a “fighter.”

Despite previously backing her opponent, President Trump sent his congratulations, as well.

According to Forbes, the National Republican Campaign Committee is also reportedly planning to support Boebert, who currently has a significantly smaller war chest than her Democratic rival, former State Representative Diane Mitsch Bush. Though Colorado’s 3rd district has leaned Republican for years, the Democratic Campaign Committee has identified it as a potential swing district, labeling it one of their “offensive battlefield” targets for 2020.