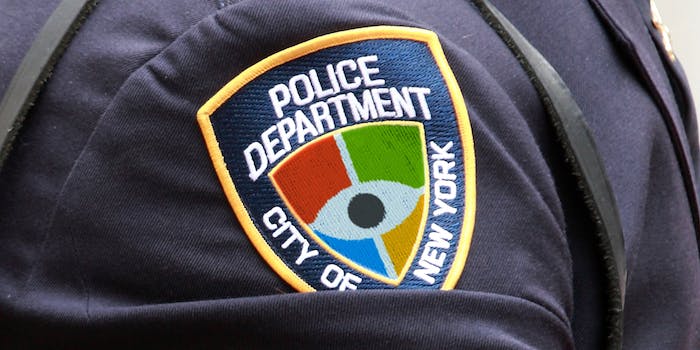 The tech giant's partnership with the NYPD is being called out after its facial recognition statement.

Microsoft has been part of a public-private partnership with the New York Police Department for years, helping the police develop a massive surveillance system.

Now, the company is facing pressure to end it.

Activist groups are calling on the tech giant to stop its work with the NYPD on the Domain Awareness System (DAS) in light of the company’s recent remarks about law enforcement’s use of facial recognition and the need for federal regulation on surveillance.

One of those groups has said the DAS treats “every resident of the city as a perpetual suspect” because of its “real-time ability to share millions of data points” on people within the city.

The system has the ability to monitor thousands of public and private CCTV cameras, scan license plates, use radiation sensors, and compare data captured by cameras with non-NYPD databases, all in one dashboard. It does not use facial recognition technology, according to the NYPD.

The partnership to develop DAS between the NYPD and Microsoft was announced in 2012 as an anti-terrorism measure.

As part of the partnership, the NYPD gets a 30 percent cut of the revenue from sales of the system to other customers by Microsoft.

The NYPD bills DAS as a system that “utilizes the largest networks of cameras, license plate readers, and radiological sensors in the world.”

The NYPD’s privacy guidelines regarding the technology, however, does note that it can “utilize or be integrated with systems and technologies deployed by other bureaus and divisions of the NYPD” under “certain cases.”

That could include facial recognition.

Officers also have access to DAS via mobile devices.

Tech companies and their relationship with law enforcement have come under criticism in recent weeks amid protests across the country against police brutality and racism after the police killing of George Floyd.

Microsoft joined other tech giants like IBM and Amazon in addressing law enforcement use of facial recognition technology this month.

Specifically, Microsoft President Brad Smith said the company would not sell facial recognition to police until there were federal regulations, adding that such a law would have to be “grounded in human rights.”

Now, privacy and civil rights groups are calling on Microsoft to end its partnership with the NYPD and go further than its facial recognition statement.

“If Microsoft truly cares about human rights and policing, restricting facial recognition is not enough,” Surveillance Technology Oversight Project (STOP) Executive Director Albert Fox Cahn said in a statement. “Microsoft never sold facial recognition to police departments, so their new policy doesn’t cost them a dime. If Microsoft stopped work on the Domain Awareness System, they’d have to put their money where their mouth is. The Domain Awareness System enables invasive spying in communities of color, putting countless New Yorkers at risk of false arrest and police violence.”

A group of 18 organizations sent a letter to Smith, Microsoft’s president, on Tuesday. It was signed by STOP, Fight for the Future, MediaJustice, and CAIR-NY, among others.

The letter specifically asks for Microsoft to “end your sale and support of this product.”

A representative for Microsoft said the company had “nothing to share” when reached for comment by the Daily Dot about the calls for it to end its DAS partnership with the NYPD.

Cahn told the Daily Dot on Tuesday it was “hard to speak to specific cases” on uses of DAS because of a “such poor disclosure requirements” for the NYPD.

However, earlier this month the New York City Council passed the Public Oversight of Surveillance Technology (POST) Act, which Cahn said would require the NYPD to disclose more about how it uses surveillance technology.

“Part of the reason why we need the POST Act is we don’t know what the policies are for the DAS, how the information is shared, how it is collected, how it ends up in the hands of federal officials,” Cahn said. “Really, there’s a lot of concerns there about just how little we can say about the impact—just that it has a really alarming scope.”

Earlier this month, hundreds of employees signed a letter asking for the company to end contracts with police departments, Business Insider reported.