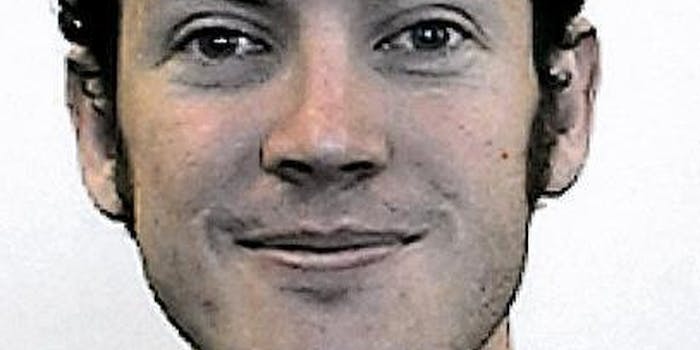 The jury will decide next whether Holmes should be put to death.

A Colorado jury on Thursday found James Holmes, the Aurora theater shooter who killed 12 people and wounding 70 others, guilty on all counts.

After 13 hours of deliberation, a jury of nine women and three men rejected the defense’s argument that Holmes, 27, was not legally responsible for his actions due to severe mental illness. Holmes was convicted on a total of 165 counts in connection with the rampage nearly three years ago.

Carrying three firearms and hundreds of rounds of ammunition, Holmes opened fire at an Aurora theater audience after setting off tear gas. The youngest victim of the killer, who was dressed in head-to-toe body armor, was a 6-year-old girl named Veronica Moser Sullivan.

The attack was planned months in advance. Prosecutors cast Holmes as a man who resented his failures at school and in his social life. The jurors heard passages from Holmes’ private notebook, which detailed fantasies about the rampage he would later carry out in real life. Psychiatrists testified that Holmes said he believed killing others increased the value of his own life; a “cruel twist of fate,” he wrote.

It may be another month before the sentencing phase of the trial is concluded. During that time, the jurors will return to the courtroom and ultimately decide whether Holmes should be executed by the state or spend the rest of his life in prison.

During 10 weeks of testimony, the jury heard from more than 250 witnesses, including survivors whose friends and family members were killed. Some are expected to return to testify at his sentencing. The defense is expected to present witnesses who will insist Holmes is mentally ill.

“It’s my determination and my intention that in this case, for James Eagan Holmes, justice is death,” said George Brauchler, Arapahoe County’s district attorney.