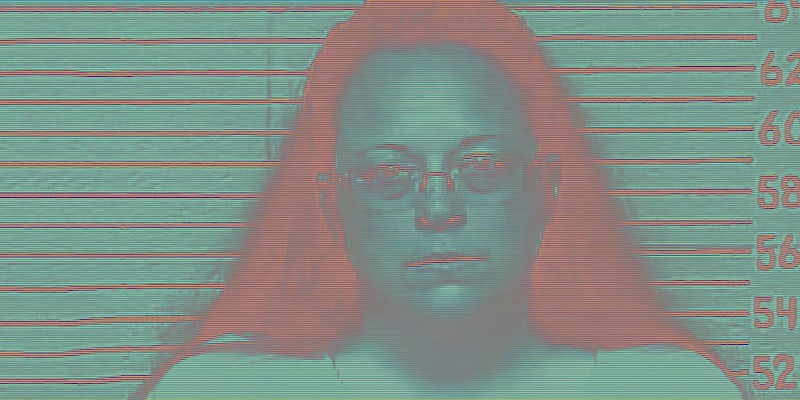 She's ordered free—but will she take it?

A judge says Kim Davis is free—if she’s willing to change her ways.

The county clerk of Rowan County, Kentucky, who went to jail for refusing a court’s instruction to issue marriage licenses to gay couples, was offered release Tuesday afternoon, according to multiple news sources.

Davis was arrested Thursday after being held in contempt of court when she still ignored a court order to cease her standoff against marriage equality. Under her authority, she had made Rowan County what is believed to be the last county in the U.S. that refused to issue marriage licenses to gay couples. A June Supreme Court ruling found state-level bans on gay marriage unconstitutional.

“Davis shall not interfere in any way, directly or indirectly, with the efforts of her deputy clerks to issue marriage licenses to all legally eligible couples.”

In his ruling to free her, Bunning insisted Davis no longer try to stop gay couples from marrying—but he seemed to assume she’d take the deal.

Davis identifies as an Apostolic Christian, and she has said she’s acting “under God’s authority” when she denied the marriage licenses.

It’s not clear she’ll actually take Bunning up on his offer. In fact, according to CNN’s Martin Savidge, Davis’s lawyers said she plans to violate the judge’s order.

Regardless of Bunning’s fate, gay couples are no longer prevented from marrying in Rowan County. Several whom Davis had repeatedly turned down received marriage licenses in her absence.

The crowd outside the Carter County Detention Center waiting for the release of #KimDavis pic.twitter.com/miOdKU0QS5