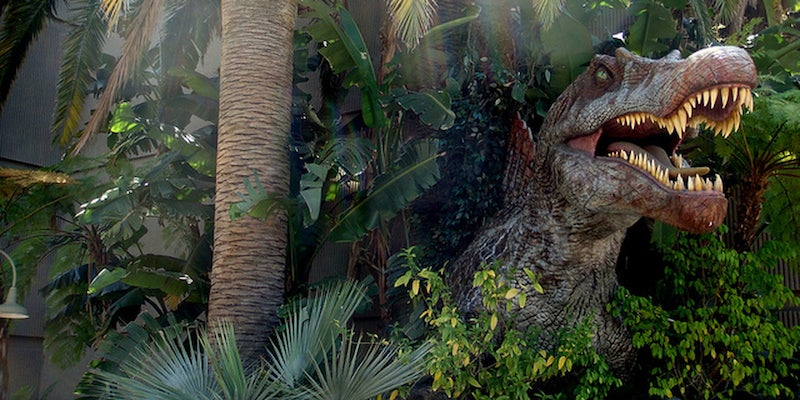 A guy named Tully Robinson made it possible to see if you’re better than Jurassic Park‘s Ray Arnold at breaking into the park’s locked system. While it won’t magically impart Samuel L. Jackson’s cool upon you, this lovingly-designed HTML5/Javascript-based recreation of the desktop environment from the film, which was christened Jurassic Systems, is likely to keep you busy for a while.

I’m not going to say too much for risk of spoiling a great thing; however, you should know that there are a number of secrets and nods to the film to be uncovered. It’s also probably best to avoid the “About” section up till the point you’re done to avoid more spoilers.

So, what’s the magic word?

P.S. If you’re as computer-savvy as Robinson and feel the need to contribute to the project, the creator’s taking pull requests over on github.