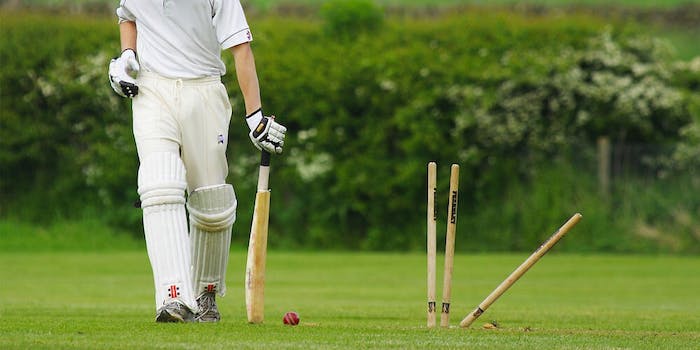 'Why would anyone hack a cricket club's Twitter that has no followers?'

The account, which belongs to the Halls Head Cricket Club in Australia, had been largely dormant since its creation in 2012, but suddenly began posting ISIS propaganda last week.

The unexpected barrage of tweets contained ISIS videos and Arabic hashtags, seemingly designed to grab the attention of both ISIS supporters as well as everyday Twitter users.

Eric Feinberg, the founder of the Global Intellectual Property Enforcement Centre, discovered the hashtags alongside what appeared to be other hacked accounts spreading the terrorist group’s message.

Other hashtags used in the tweets included everything, from #SaudiAnimeExpo to #WhereAreYouGoingOnTheWeekend.

Experts, such as Lowy Institute research fellow Rodger Shanahan, told BuzzFeed News that the hacked tweets are likely coming from ISIS sympathizers as opposed to actual members of the group.

“It’s hard to think anyone remotely connected to IS would be doing things in this manner,” Shanahan told the outlet. “What’s left of organised IS media largely remains wedded to their encrypted sites.”

Feinberg speculates that the tweets are designed to show strength after the death of ISIS leader Abu Bakr al-Baghdadi and to appeal to other “lone wolf supporters.”

When contacted by BuzzFeed News, Halls Head Cricket Club president Ash Wyborn said he was unaware of the suspected hack and the fact that Twitter suspended his club’s account.

“I’m pretty shocked to be honest,” Wyborn said. “I don’t know what to think. My first thought would be, why would anyone hack a cricket club’s Twitter that has no followers?”

Wyborn added that his club mostly posts on Facebook and Instagram. These accounts have not experienced any issues.