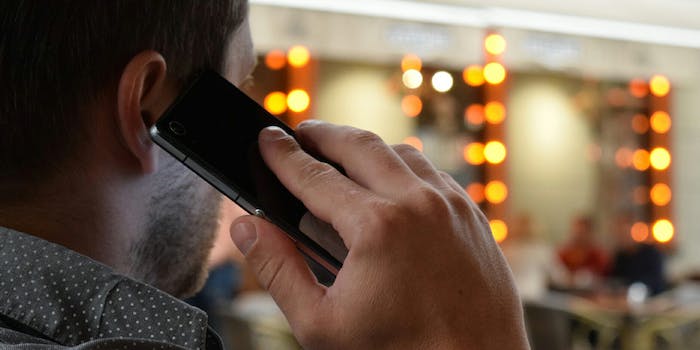 The Department of Homeland Security (DHS) is warning the public about scammers using spoofed law enforcement telephone numbers to bilk people out of money.

Homeland Security’s Office of the Inspector General issued the warning on Monday. The scam is done in two parts, they said, where first people are befriended by someone on Facebook Messenger, Words With Friends, or other apps with chat features.

After “gaining the victim’s trust” through the chats, they try and convince them to send them a small amount of money. The next day, according to the agency, someone claiming to be an employee with Homeland Security or another law enforcement agency will call the victim with a spoofed caller ID that sometimes shows a legitimate DHS number.

The caller tells the victim the money they originally sent went to a criminal organization or terrorist group such as ISIS and directs them to a “lawyer,” where they are instructed to pay them a “retainer.”

The fraudster tells the victim that the funds they provided the day before went to a criminal organization or terrorist group, such the Islamic State in Iraq and Syria (ISIS) or Al-Qaeda, and threatens them with arrest and imprisonment. They then direct the victim to contact a “lawyer” who can help them resolve the matter.

“While we investigate the situation, we remind the public that law enforcement and other U.S. Government numbers may be subject to spoofing,” the warning from Homeland Security reads. “Individuals receiving phone calls from these numbers should not provide any personal information. Legitimate law enforcement callers will never ask you to pay fines over the phone or request money from you.”

Homeland Security urged people who were a victim of the scam to call its hotline or file a complaint on its website. You can read all of the agency’s warning about the scam here.