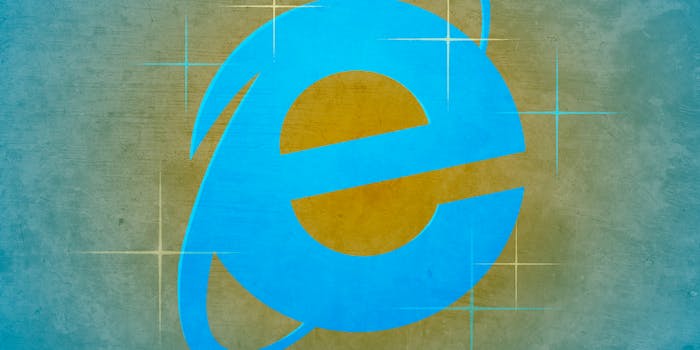 For the first time in nearly two decades, Internet Explorer is not the primary window into the Web. According to a recent report, the crown for most popular browser now belongs to Google Chrome.

According to the April 2016 report from NetMarketShare, Google’s free Web browser has finally topped Microsoft’s longstanding standard bearer. Chrome now holds a 41.67 percent marketshare over Internet Explorer, which is down to 41.37 percent.

The gap is slight, but the shift has been a long time coming. Chrome has been steadily growing its share of the market since debuting in 2008. Its growth has been considerable recently, moving from just over 25 percent of the market in April 2015 to the top spot just a year later.

Internet Explorer, on the other hand, has been on a continuous downward trend for quite some time. The market is more diverse than ever, and Microsoft hasn’t been able to skate by on the fact that Internet Explorer is the default browser on its machines. It’s easy to download and install just about anything that isn’t Internet Explorer, which has been neglected and left to rot.

The report marks the first time since 1998, a full 18 years, that Internet Explorer did not hold the top spot for browsers.

It’s worth noting that Internet Explorer is being pushed out by Microsoft itself, which it has decided to replace with Microsoft Edge. However, Edge hasn’t shaken the stigma of Microsoft’s previous browser, thanks in part to its early vulnerabilities and the company’s insistence on using a near-identical “e” logo that it used for Internet Explorer.

“Microsoft Edge is an integral part of Windows 10, which is off to the fastest start in Windows history with 270 million active devices,” a Microsoft spokesperson told the Daily Dot. “We’ll continue to deliver improvements and innovations to help users get more done.”