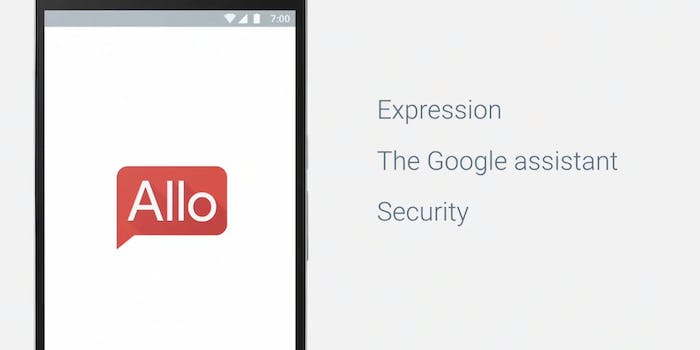 One for chatting, one for calling.

As if we didn’t have enough applications to message friends, Google launched two new messaging apps, Duo and Allo at its developer conference on Wednesday, and they’ll even work on your iPhone.

Allo is a text-based chat app that bakes Google features directly into the app. You can chat with Google Search, ask it pull up appropriate photos in response to messages, share videos, links, and locations, similar to the features on Google’s new keyboard.

Additionally, machine learning software within the app can understand messages to and from your contacts, and offer up replies. And image recognition tech can recognize objects in photos and serve up suggestions for what to say back.

Soon, you won’t even need to chat with a person, but automated responses can chat back and forth for you. 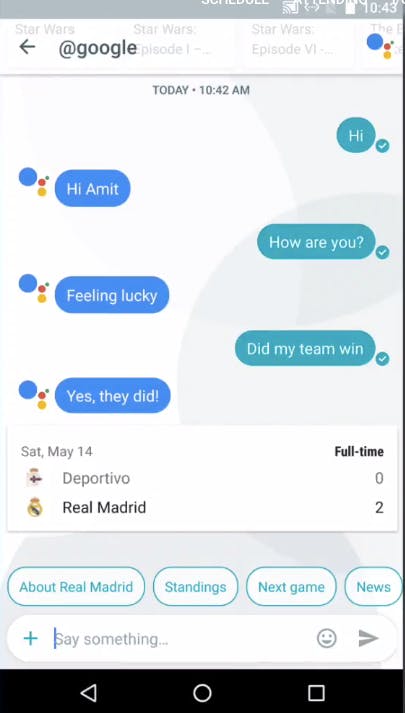 There are a handful of other quirky features in Allo, like the ability to increase the size of the text called “whisper and shout,” so you can add emphasis in messages, and “ink,” that lets you write on photos.

Duo, another standalone mobile application, is the video chat companion to Allo. It supposed to be faster and sleeker than other apps on the market, in case you want an alternative to FaceTime, Skype, or even Google’s own Hangouts. It uses your phone number as an identifier and, like Allo, features end-to-end encryption, it’s like almost every other video calling service.

One unique feature called “knock knock” was met with mixed reactions. The app will show you a preview of yourself, and show it to the person you’re calling even before they pick up. It’s going to be harder to ignore calls when you’re greeted with someone’s smiling face before you even answer.

Google said both apps will be available this summer for iOS and Android.