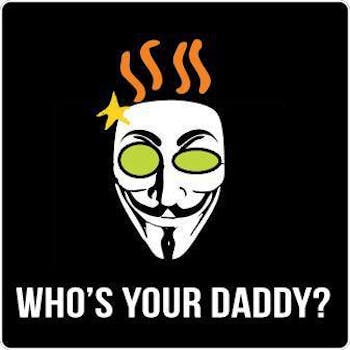 Despite the claims of a hacker going by "AnonymousOwn3r," GoDaddy has taken responsibility for a service outage that took down millions of websites Monday.

On Monday, the Twittersphere buzzed with rumors that Anonymous had taken down GoDaddy, one of the Internet’s most popular (and hated) web hosts. Tweeters for the major Anonymous accounts were quick to deny the rumor, and one hacker, @AnonymousOwn3r, claimed responsibility.

That claim, too, appears to be false.

Taking credit where none is due is an old hacker trick. This time, it appears that nobody at all deserves the hacker laurels: GoDaddy released a statement Tuesday that laid the blame firmly on itself.

The web host doesn’t come out of this unscathed; most companies would rather blame failures on hackers than on their own systemic mistakes.

Some onlookers are suggesting the entire event was a failed psy-op, that it was staged to make Anonymous look like a threat, in order to facilitate public acceptance of President Obama’s rumored cybersecurity executive order. When Anonymous pushed back in unison and was believed, the project was abandoned and GoDaddy took the fall. Given the business costs involved, that’s an unlikely, but entertaining, scenario.

Fox News seems to be of the opinion that the outage was caused by a secret agent within GoDaddy. They quoted Ira Victor, a security consultant with Data Clone Labs, saying, “That wouldn’t be an external incident, that wouldn’t be a hacker, and that wouldn’t be a distributed denial of service attack. The public may never know what really happened.”

To add to the confusion, AnonymousOwn3r isn’t giving up his claim. He just released what he claimed is the sourcecode and vulnerabilities of GoDaddy on Pastebin, the favored document dumping ground for Anonymous. Another tweeter quickly exposed that as a lie, saying, “Lol it took one google search to expose @AnonymousOwn3r as a fake. Open source code from 2010 … This is his big ‘leak.’”

Hilarious. Unless, of course, you happen to be hosted on GoDaddy.