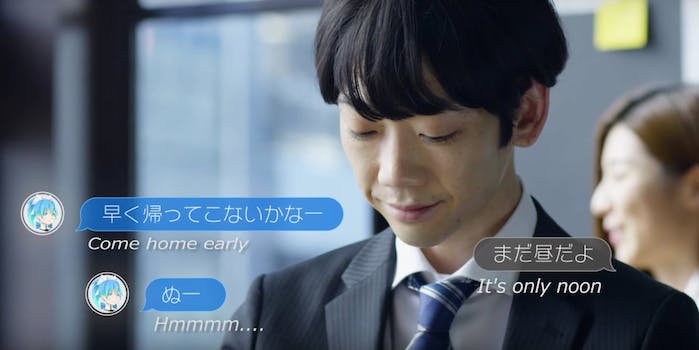 This Japanese home assistant wants you to be her ‘master’

Falling in love with an intelligent computer operating system may become a thing of the present with the new Gatebox virtual home robot.

The Gatebox robot is a glass tube in which a character is projected. It contains a microphone and camera for interaction. In addition to this companionship component, the Gatebox robot can also be connected to the user’s home network to automate household appliances. The robot also has warmth, moisture, and light sensors.

Gatebox doesn’t just interact with the user while they’re home, however. As seen in the product’s trailer below, the character also texts the user throughout the day using the Gatebox iOS or Android app, keeping the conversation flowing.

It would seem that the Gatebox character is predisposed to creating a Her-like relationship with the user, too. Her name is Azuma Hikari, and she comes with a very distinct set of likes, dislikes, abilities, and even dreams, as well as two voices.

From reading her own personal Gatebox website, we know that Azuma is 20 years old, and she hopes she can “help Master.” The splash page shows Azuma showing off her wedding ring, while an image toward the bottom of the page shows her saying “Master Now Wanted,” as if the user-character relationship wasn’t palpable enough. 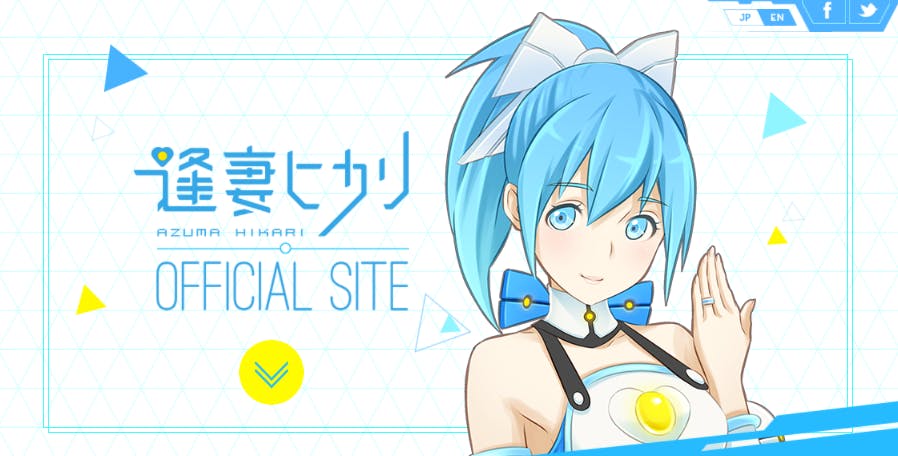 The Gatebox website, however, focuses heavily on Azuma and doesn’t allude to male characters in the works. So for the time being, if you’re a straight man looking for a virtual robot companion, you’re in luck.

According to the site, Japanese is currently the only language supported by the robot, but more than likely an English-speaking version will be in the works for the U.S. While the Gatebox robot can be purchased for around $2,930 to ship to the U.S., the product won’t ship out until December 2017.

At least that gives us enough time to warn Joaquin Phoenix lest he makes the same mistake twice.