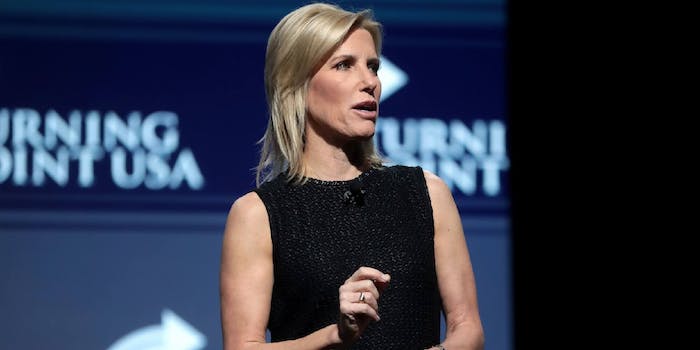 Twitter forced Fox News host Laura Ingraham to take down a tweet that contained deceptive information about an unproven medicine for coronavirus, according to Variety.

“Lenox Hill in New York among many hospitals already using Hydroxychloroquine with very promising results,” Ingraham wrote in a now-deleted tweet, according to Variety. “One patient was described as ‘Lazarus’ who was seriously ill from Covid-19, already released.”

The Food and Drug Administration gave the drug an “emergency approval” on Monday at the request of Trump despite the fact that hydroxychloroquine has not been proven to treat coronavirus. The drug will now be sent to hospitals nationwide. There has been very little evidence that the drug actually works to mitigate coronavirus symptoms, according to the Washington Post.

Three days after Trump suggested that the drug could be the key to a coronavirus treatment, one couple ingested a cleaning chemical that included the drug, leaving an older man dead.

Health organizations are still unable to say whether hydroxychloroquine, which has been used to treat malaria, could help in coronavirus cases, but they have advised people to not self-medicate with any unapproved drugs.

The Fox News host isn’t the only person who had coronavirus misinformation removed from her account. Twitter is on a roll with taking down incorrect and misleading information from public officials and world leaders.

“Twitter recently announced the expansion of its rules to cover content that could be against public health information provided by official sources and could put people at greater risk of transmitting COVID-19,” a Twitter spokesperson said about removing content from the Brazilian president.

With more and more people using Twitter to discuss and learn about the coronavirus, Twitter said it updated its policies to keep people safe online. Under these new rules, tweeting about ineffective treatments is prohibited.