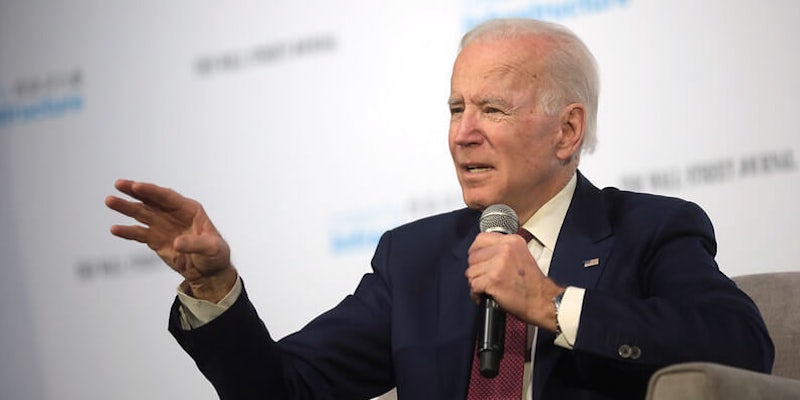 As President Donald Trump has led a disjointed, nearly disastrous federal response to the coronavirus epidemic, many have been starved for an oppositional response that is both coherent, unifying, and inspiring.

The presumptive Democratic nominee for 2020, Joe Biden, has struggled with that. He disappeared for a week, and when he returned did a series of television hits that weren’t well received.

But television is the domain of Trump. Where Biden plans to make his mark is in the brass tacks, with experts guiding his decisions and responsible adults in the room everywhere.

Use available authorities! Create a task force! Bring Congress together!

It’s the same kind of abstract technocratic language, without tangible policy, that has been a hallmark of Biden’s campaign.

Congress just spent two weeks bickering over a bailout (which passed 96-0 before Biden put out his plan to bring Congress together), and the idea that simply by being Joe Biden he’d have more efficacy is … without proof

(Or if you want proof that runs counter to what Biden said, look at the struggle he had at bringing Congress together in both the response to the 2009 financial crisis and the fight to pass Obamacare).

Given that it lacked literal specifics, people on Twitter criticized Biden.

It also drew comparisons to Hillary Clinton’s abstract plan for the Middle East in 2016.

By contrast, Biden’s lone remaining opponent in the Democratic primary, Sen. Bernie Sanders (I-Vt.) has used the massive unemployment numbers released this week to highlight his signature proposal, Medicare-for-all, which would ensure all those people who lost the healthcare benefits tied to their job, wouldn’t ever be without those benefits again.

Just this week, a teenager who didn’t have health insurance was denied treatment for coronavirus symptoms. He subsequently passed away.