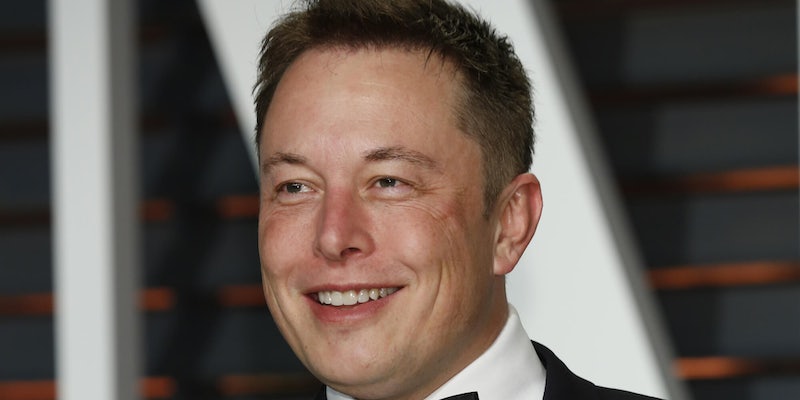 The rule does not seem to apply to him.

Two days ago, Twitter announced an updated policy aimed at lessening the flow of coronavirus-related misinformation shared on the platform. Under the new rules, Twitter claimed it would remove any tweets that might “place people at a higher risk of transmitting COVID-19.” One person is apparently immune to this rule: Elon Musk.

On Thursday, the billionaire CEO of Tesla tweeted that “kids are essentially immune” to COVID-19. This broad statement directly contradicts early studies, which point to children becoming “seriously ill” from the virus.

Musk followed the tweet with several data sets, all of which backed up his claim. While it is true that thus far children have remained the least hard-hit age group, Musk’s claim of immunity is not accurate.

Despite this fact, and the fact that Musk’s claim could put people—children, no less—at risk, Twitter has yet to remove the tweet. In announcing its crackdown on misinformation, Twitter broadly claimed that it would require users to delete any offending tweets or be barred from further posting. Twitter also claimed that tweets containing any disallowed content would not be viewable. More than 12 hours after Musk—one of Twitter’s more prominent users—posted his tweet, however, it can still be easily located.

In a blog post outlining the new policy, Twitter even gave examples of disallowed tweets. One such example almost perfectly describes Musk’s tweet: “COVID-19 does not infect children because we haven’t seen any cases of children being sick.”

In a statement to the Verge, Twitter stood by its decision to allow the tweet. “When reviewing the overall context and conclusion of the Tweet, it does not break our rules,” the company said. “We’ll continue to consult with trusted partners such as health authorities to identify content that is most harmful.”

Musk’s tweet is just the latest in months of dismissive messages from the 48-year-old engineer. Since the start of the coronavirus pandemic, he has been repeatedly nonchalant about the rapidly spreading virus.