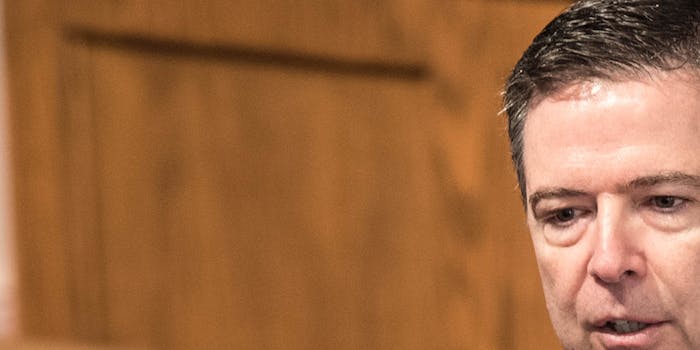 Someone should tell the FBI director that his website promotes encryption

The battle over encryption continues.

FBI Director James Comey is in the middle of a month-long media blitz attacking digital encryption.

A year into his tenure as director, Comey has made numerous speeches and media appearances criticizing companies like Apple and Google for offering strong encryption by default on their smartphones.

It’s curious, then, that an FBI website recommends using encryption to safeguard your phone against theft.

Priceless. The FBI’s own website recommends enabling encryption on cell phones, as the FBI director condemns it. pic.twitter.com/AQNYVHk4D7

Or maybe it’s not too surprising. Many FBI agents use encryption regularly for professional and personal reasons, and security experts universally recommen dstrong encryption as a valuable first line of defense on everything from phones to personal computers.

The question is, how can Comey reconcile the stark contradiction in terms?