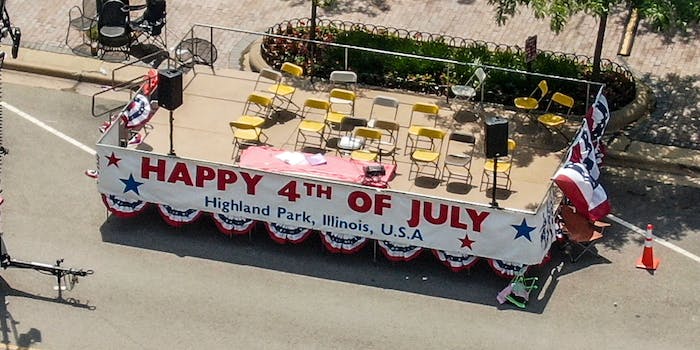 Crimo, who reportedly confessed to killing seven people at a Fourth of July parade on Monday, was pictured disguised in women’s clothing while fleeing the scene of the shooting.

Although investigators have since stated that the 21-year-old had planned the attack weeks in advance and specifically used the women’s clothing to blend in with the crowd and aid in his escape, right-wing talking heads across social media argued that the images were proof Crimo was transgender.

Failed congressional candidate Laura Loomer similarly labeled Crimo as transgender as well as the suspect who shot 19 students and two teachers at an elementary school in Uvalde, Texas in May.

“So in other words, both the Uvalde and Highland Park shooters were Men who liked wearing women’s clothing,” Loomer wrote. “Looks like the trans movement is radicalizing mass shooters. We don’t need gun control. We need WOKE CONTROL.”

The shooter from Uvalde, 18-year-old Salvador Ramos, was not transgender. The false claim first appeared on 4chan and eventually made its way right-wing politicians after users dug up photos of a totally unrelated transgender individual.

There has been no evidence Crimo was transgender. Over the past year though, conservatives have ramped up their attacks and rhetoric on transgender individuals, an effort to smear the movement for a number of imagined sins. Branding a mass shooter as such is an escalation many of the far-right’s leading voices are happy to make, despite it not being accurate.

It also helps deflect attention from a number of recent mass shooters, who have adopted far-right ideology.

The talking point also made its way over to Twitter, where users falsely drew connections between transgender people and the mass shooting.

Investigators at this time have not revealed a motive. The suspected shooter did, however, leave an extensive digital trail online.

Aside from his rap videos posted under the alias “Awake,” which telegraphed violence, Crimo was pictured wearing Trump merchandise and attending right-wing rallies. The suspect was also “highly active on forums focusing on violent videos and extremism in the years before the attack,” according to NBC News.