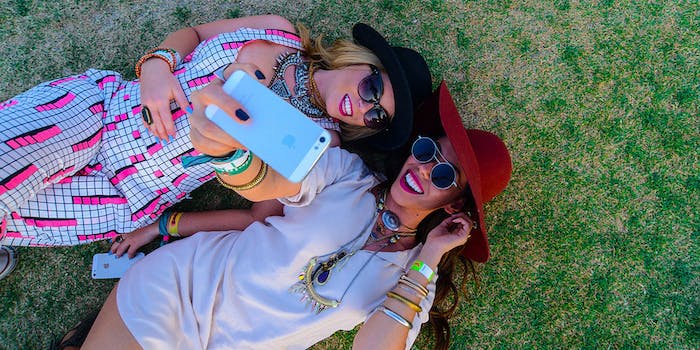 If you're a frequent uploader you're either an extrovert, or neurotic, according to a new study.

Do you upload a ton of Facebook photos, change your profile image constantly, or cram as many photos as possible into a single album? If so, scientists might have a pretty good handle on what kind of a person you are, and they don’t even have to figure it out.

Researchers from the U.K. put the microscope to more than 100 regular Facebook users with ages ranging from 17 to 55 by both analyzing their social network habits and their responses to a personality survey. The results pointed to two types of individuals who tend to upload tons of photos: extroverts and neurotics.

An extrovert plastering a new selfie on their profile every day isn’t particularly surprising, but the suggestion that neurotics do the same was somewhat puzzling. The psychology students behind the study suggest that those with various mild mental disorders often seek approval from their peers and loved ones, but oftentimes don’t know how to achieve it. Facebook seems to be the answer.

Amassing likes, comments, and compliments is something that many Facebook users seem to be addicted to, and the results of this study bear that out, though some seem to be more susceptible than others. Additionally, the numbers show that while extroverts and neurotics share the tendency to upload lots of photos, they are separated by the frequency with which they change their profile picture—extroverts tend to do it more frequently.

There were a few aspects of the research that panned out exactly as you’d imagine them to, like more “agreeable” individuals posting generally more likeable status updates, and highly organized people keeping their photos and videos in the appropriate albums. So, if you have a messy Facebook profile, your living room is probably also a bit untidy.

The study, while interesting, also needs a disclaimer, mainly due to the fact that it only surveyed around 100 users. That’s a relatively small sample size, and trends could swing in either direction if a larger number of users were polled. There are also bound to be plenty of outliers, so if your Facebook page is clean as a whistle but your bedroom looks like a college dorm room late in the second semester, don’t be alarmed.