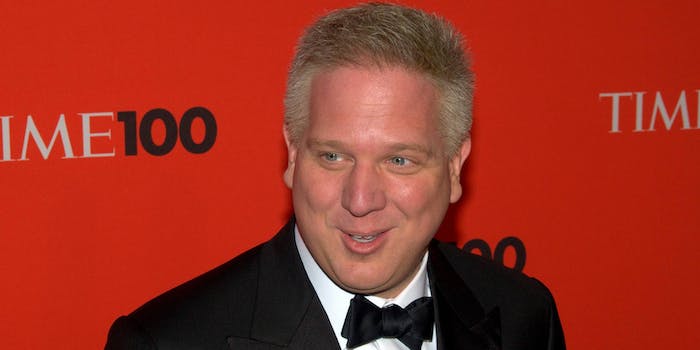 When Facebook changes its News Feed algorithm, everyone takes notice.

After all, there’s a whole lot of money riding on who can best figure out the mystery algorithm. Perhaps more than anyone else, the news media depends on a daily torrent of Facebook users sent direct to their sites from stories on the News Feed.

Many of the sites that have been most successful at figuring out Facebook’s ever-changing News Feed are partisan political sites like Glenn Beck’s The Blaze, Mother Jones, and Think Progress, a new study from NewsWhip says according to reporting from Mashable. The smaller sites have managed to challenge historical giants like USA Today largely due to their relative mastery of the News Feed.

“Few sites have capitalized on this new audience channel like these political sites,” Liam Corcoran, social media editor at NewsWhip, told Mashable. “The likes of The Blaze and Think Progress manage to challenge the likes of USA Today and NPR, despite their relatively low monthly output. Each story is carefully crafted and presented to appeal to potential readers scrolling through their News Feed.”

The algorithm that drives Facebook’s News Feed changes on at least a monthly basis and is notoriously hidden from both the users who experience it every day and the businesses who largely depend on it for readers. The opaqueness of the algorithm has led critics to wonder if even Facebook knows how it is affecting the way its 1.28 billion users get their news.

“And WTF is Facebook doing when it juices partisan sites in your news feed?,” NYU Journalism professor Jay Rosen wrote in response to the new data. “Does Facebook know? Does anyone know? Is it an accident? Is it a calculation, a miscalculation, or a non-calculation? (Twitter doesn’t “boost” anything in my timeline, as far as I know, although ads appear there.) Does Facebook know what it’s doing, deny what it’s doing or know not what it’s doing? What’s the difference between a black box and giant F-you? I sure don’t know.”

Mother Jones, a left-oriented magazine, shot up more than 700 percent in monthly Facebook interactions over the last year. Fox News and Breitbart—two distinctly right-leaning outlets—were also among the biggest social media winners of the last year.

Why? The answer may be that sharing strongly opinionated articles about news sends a clear endorsement to Facebook friends. A pro-gun article from The Blaze or a pro-choice article from Mother Jones can make for a more powerful share than what might be more even-handed but more muted articles from other outlets.

The news media king and queen of Facebook remain BuzzFeed and Huffington Post with 25 million and 32 million monthly interactions respectively.