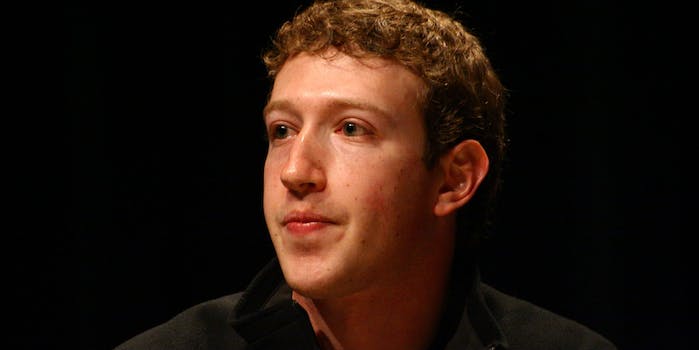 The social network will look for posts that either withhold information or use sensational language.

Facebook is continuing to crack down on clickbait posts with a new set of changes to its News Feed. The social network has spent years attempting to rid manipulative content from its platform. It began its war against clickbait in 2014, and pushed out a substantial update last year. But criticism for allowing the spread of “fake news” during the 2016 U.S. presidential election beamed a spotlight on the holes in its armor.

The new plan is to target clickbait at the individual post level instead of at a specific domain or page. Facebook will look to see if a post either withholds or exaggerates information to determine if it classifies as clickbait.

“People tell us they don’t like stories that are misleading, sensational or spammy,” Facebook engineers Arun Babu, Annie Liu, and Jordan Zhang wrote in a blog post Wednesday. “That includes clickbait headlines that are designed to get attention and lure visitors into clicking on a link. In an effort to support an informed community, we’re always working to determine what stories might have clickbait headlines so we can show them less often.”

Clickbait headlines lure users into visiting a website by either withholding or sensationalizing important information. Facebook gave an example for each of these instances. “When She Looked Under Her Couch Cushions And Saw THIS…” is a headline that leaves out crucial details or is misleading, while “WOW! Ginger tea is the secret everlasting youth. You’ve GOT to see this!” is an example of a title that exaggerates details using sensational language.

Facebook will now determine whether a post classifies as clickbait by using a process similar to how email filters spam. It categorizes hundreds of thousands of headlines as “clickbait” or “not clickbait” with a team that considers “if the headline exaggerates the details of a story, and separately if the headline withholds information.” It then looks for phrases commonly used in clickbait headlines and not other headlines, and allows its algorithms to do the rest.

Facebook users should expect posts with clickbait headlines to start appearing lower in their News Feed.

The social network has its hands full of late. It recently announced a fight against governments to crack down on state-led abuse and prevent the spread of propaganda. This is all while attempting to address a recent series of crimes and suicides broadcast on its site.