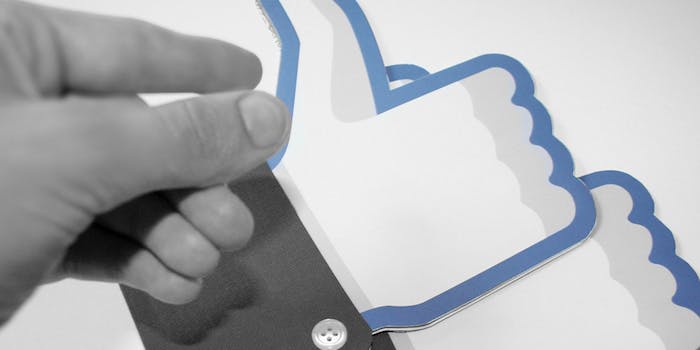 In an official post on its Newsroom blog, Facebook said it plans to change its algorithm to show fewer articles that use devious headlines in your News Feed.

There are a few ways that clickbaiting can work, but it’s usually associated with cliffhanger headlines that tease the reader into needing to know more about something they probably didn’t care about to begin with.

Facebook’s war on clickbait is an ironic turn for a company that dangled the carrot of viral social traffic to begin with. Much as clickbait-style headlines pepper Facebook with low quality content, Likes—the social network’s true currency—capture a sort of flimsy, low-quality engagement. We’ve all liked a story on Facebook without having read through the whole thing. But when enough of us users band together in idly liking something, by design, it shoots to the top of the News Feed. Facebook knows this full well:

“‘Click-baiting’ is when a publisher posts a link with a headline that encourages people to click to see more, without telling them much information about what they will see. Posts like these tend to get a lot of clicks, which means that these posts get shown to more people, and get shown higher up in News Feed.”

Why do Facebook users like clickbait so much? The most obvious reason is that a clickbait post rarely fails our expectations. By design, it answers the question that it poses and mercifully scratches the itch of our nagging curiosity.

What Facebook users say they want from the social network does not, however, line up with user behavior. According to Facebook, 80 percent of users surveyed say they prefer a meatier headline, one that “helped them decide if they wanted to real the full article before they had to click through.”

For publishers, Facebook’s latest News Feed experiment will shuffle a few things around:

• News Feed rankings will now consider how fast users bounce back to Facebook from a click through. More time spent away from Facebook after clicking through a link suggests that a given post is valuable to readers, and the New Feed will now take that interval of time into account.

• Users prefer link format stories to links embedded in photo captions. Link style posts, which provide more context, will now be prioritized over links shared in captions or status updates across the board.

It should be interesting to see how the whole things shakes out on the News Feed in the coming days. We almost can’t remember Facebook before all of those juicy, shallow headlines elbowed their way in—it might never be the same.