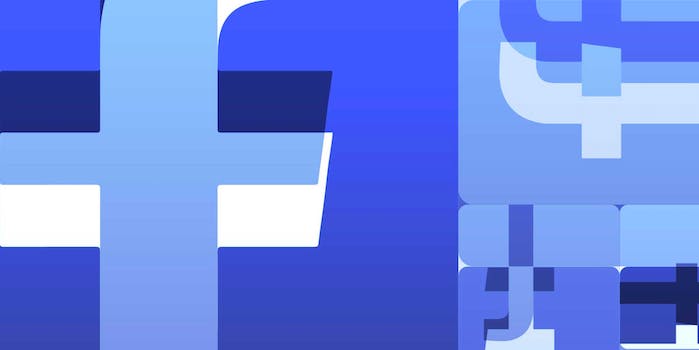 Breaking up is hard to do unless you're Facebook. Then it's apparently really easy.

Breaking up is all the rage these days. Facebook’s latest addition to the suite of applications it wants to takeover your mobile device is Groups, an app for (you guessed it!) connecting to your Facebook groups.

You might already connect to your Facebook groups through Facebook on the Web, or Facebook’s mobile app. But that’s not good enough, according to Facebook Creative Labs, the minds behind many of the company’s new standalone applications.

Groups joins a handful of other standalone apps created by Facebook that do just one thing. Not to mention Moments, the non-existent app rumored to be a better way to connect with different lists of friends.

Facebook appears to follow application trends in order to copy other successful apps in their own, uniquely Facebook way. There’s no obvious plan for the unbundling, it all seems to be part copycatting, part mad scientist experimentation.

To help people decide which apps are worth downloading, we’ve compiled a list of Facebook’s latest experiments and apps.

Unless you’re famous, you can’t even use this application. Maybe because Facebook wants to remind us normals that we can only wish we had verified Pages. Mentions is a way to let high-profile Facebook users connect with their Pages and fans, but it’s only available on iOS. Because celebrities are obviously iPhone users.

Home is Facebook’s attempt at an Android homescreen takeover. Launched in April 2013, the app that turns your Android device into a Facebook phone was met with abysmal reviews. It lets you see notifications and Facebook News Feed on the device’s homescreen and customize your wallpaper with Facebook photos. Though it still technically exists, the Android app hasn’t been updated since January 2014, so we’ll just chalk this one up to a failure.

It’s new and pretty, but perhaps not useful. Facebook’s latest experiment puts our groups in circles (how Google+ of you, Facebook!), and lets us find and join other Facebook groups we might want to connect with. Groups displays notifications exclusively from the groups you’re a part of, and lets you create a new one without logging into a separate app. However, Groups doesn’t seem to add any features or improve the messaging and notification experience—it’s mostly an aesthetic upgrade packaged in its own app.

Facebook’s first attempt at cloning Snapchat failed miserably, as Poke was removed from app stores and went down in history as a hilarious flub. Slingshot is a bit of an improvement, with a few quirks that differentiate it from the beloved teen app Snapchat.

The complicated user interface that requires friends to “sling” “shots” back and forth before viewing is something of a puzzler, and you can “react” to photos as you get them to show just how excited you are to receive a selfie. But hey, at least it’s available on Android.

Facebook jumped on the bandwagon of anonymous apps that aren’t really anonymous, and created Rooms, combining QR codes and forums, two technologies we’d all but forgotten about, and turned them into a mobile app. People can use the “anonymish” application with a pseudonym and join different chat rooms featuring a variety of topics. It’s a bit like Secret or Whisper, but a little more structured. You can even change the Like button to an emoji, so strangers’ photos can get love in the form of a watermelon.

When it launched at the beginning of 2014, Paper added a fresh coat of paint to the News Feed. It took the Internet’s love for newsreader apps like Circa and Flipboard and packed similar features into a clean, photo-heavy Facebook application. People who like to read news on Facebook might enjoy this application over the Facebook app, thanks to the ability to customize it for particular interests. But beyond design, there’s not much of a difference.

This is another one of those products most people will never touch, unless they’re managing a Page for a business or Very Important Person. Pages Manager is not new, and not as shiny as its Creative Labs counterparts—but it actually serves a purpose. It’s much easier to manage Pages while on mobile through the standalone app, though some commenters on app stores find the recent updates buggy.

App rank: Literally the only one that matters