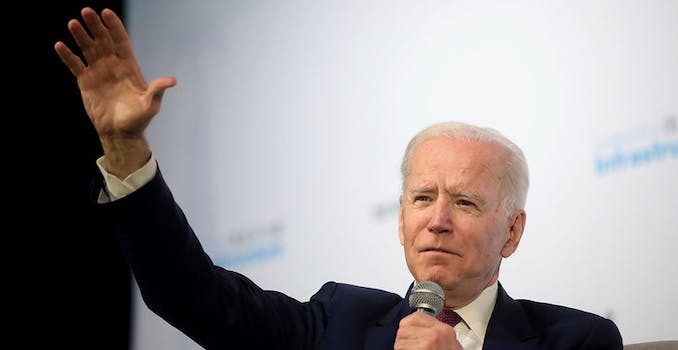 Trump supporters are not handling the vote well.

Today the Electoral College formally casts its votes for the presidential candidates who won in each respective jurisdiction. The vote is little more than a procedural and symbolic step leading up to Inauguration Day, when President-elect Joe Biden will be sworn in.

President Donald Trump’s supporters aren’t handling it well, however. Over the weekend, violence broke out at various “Stop the Steal” events, so named for Trump’s baseless claims of widespread election fraud. Electors have received death threats. Trump supporters have clamored for overturning the election results by any means possible—including martial law. Republican parties in some states that Biden won have even staged fake Electoral College votes.

Electors in Wisconsin, Arizona and Michigan, all states where Trump has contested the results, were among those who received death threats. Michigan closed its entire legislature due to “credible threats of violence” during today’s vote, the Detroit News reports. Arizona’s Secretary of State told CNN that its vote was moved to an undisclosed location for the safety of the electors.

Elsewhere, Trump supporters have taken to calling for martial law, which they apparently believe will result in overturning the election. Martial law puts the military in control and is typically used to restore order in times of great unrest. Often civil liberties are suspended.

“I’m not saying it’s necessary. But it might be necessary,” a man in a “Stop the Steal” hat says of martial law in a widely-circulated video.

Even attorneys who’ve litigated election fraud cases on behalf of Trump have called for him to declare martial law to change the results, an unprecedented move that would essentially be a coup. Disgraced former General Michael Flynn is among those urging Trump to suspend the Constitution, the Independent reports.

In several states that Biden won, Republican parties have staged fake Electoral College votes with their own electors. They claim this is a procedural move intended to preserve their objections to the election results, but in reality it’s little more than meaningless theatrics. The party whose candidate won appoints electors and conducts the vote in each state. Electors are bound by the outcome of the vote.

Nevertheless, state Republican parties that have conducted fake electoral votes include Pennsylvania, Georgia and Arizona. They even reportedly intend to send those electors to Washington, D.C. in January to attempt to persuade Congress to accept their unlawful votes.

Other Trump supporters are urging arrests and violence to alter the election outcome.

As laughable and bizarre as these efforts are, they’re also serious and frightening. These people are taking their cues from the president, after all, who remains in denial about his election loss.

Trump’s Twitter feed of late has so many disputed tweets that, if he were anyone but the president, his account surely would’ve been suspended. His ardent supporters hang on to every word.

Biden, alongside Vice President-elect Kamala Harris, will be inaugurated on Jan. 20. Now that his many election lawsuits have been dismissed or ended in defeat, there’s little Trump or his supporters can do to change that, absent civil war or an actual coup.

Many of them seem more than happy to pursue these options that, if successful, would bring about the end of the United States.