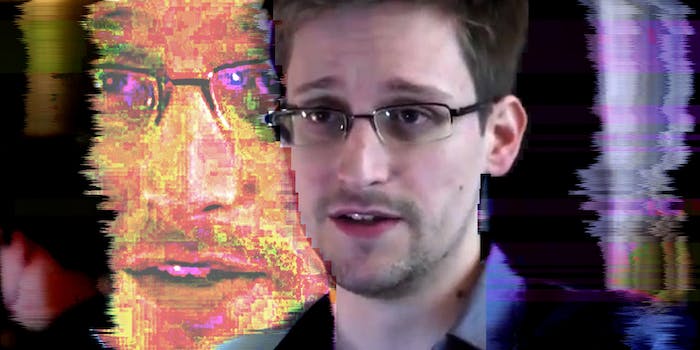 Experience the thrill of running through Hong Kong, then sitting in an airport for a month.

Phone-havers who want to experience the thrill of being Edward Snowden—leaving your life behind! putting yourself in the hands of governments who want to use you for political gain! eating airport food every meal for a month!—finally have their chance.

Or, well, some Android users, as it wouldn’t load for this Android user. The game’s also available on Mac and PC, except it also didn’t work for this Mac user. Still, some have reported that they were indeed able to play as the vaunted National Security Agency whistleblower.

The game lets players run, as Snowden, through three separate mazes: NSA headquarters, Hong Kong, and, of course, that damn Moscow airport where he’s been since Sunday, June 23. Check out the footage Kotaku dug up.

It’s not meant to reinvent the genre. It’s “a free satirical Temple Run/Subway Surfers clone,” according to the developer. The game’s official description, apparently written as a humblebrag, says, Snowden Run 3D has “less than 30 hours of development time dedicated to it.”

One screengrab shows that at some point in the game, the player is allowed to use a smartphone to call “Uncle Putin,” complete with a picture of Russian President Vladimir Putin’s face. In real life, Putin has insisted that, despite the potential strain it could put on Russian-U.S. political relations, Russia will not extradite Snowden. In the game, he has a 555 number, and calling it sets off a bomb that rids the level of obstacles.

Though it’s marked as a “parody” by the developer, there’s an unavoidable dark side to the gameplay. Snowden is hounded throughout by an NSA agent, echoing a paranoia he may well feel for the rest of his life. If he catches Snowden, it’s all over; he’s sent to Guantanamo Bay.

In the game, that is.