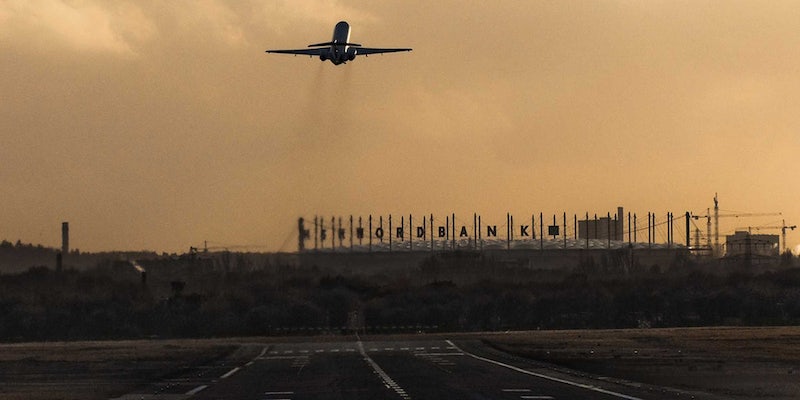 "Diplomats and legal advisers from WikiLeaks" are escorting the whistleblower.

According to a statement by WikiLeaks, Snowden is heading to Ecuador.

Mr Edward Snowden, the American whistleblower who exposed evidence of a global surveillance regime conducted by US and UK intelligence agencies, has left Hong Kong legally. He is bound for the Republic of Ecuador via a safe route for the purposes of asylum, and is being escorted by diplomats and legal advisors from WikiLeaks.

Assange took refuge in the Ecuadorian embassy in London when the British government was on the verge of extraditing him on a European Arrest Warrant for sex crimes charges filed against him in Sweden. He has resided there for a year so far.

Snowden is fleeing U.S. charges stemming from his decision to leak documents proving the existence of Internet-surveillance system PRISM,

According to the Associated Press, Snowden arrived just after 5:00pm Sunday in Moscow on an Aeroflot flight from Hong Kong. He is booked on a flight to Cuba on Monday and from there, presumably, will fly to Ecuador.

RT.com reported that Snowden was treated by an Ecuadorian embassy doctor in Moscow. He’s reportedly on a three-leg trip, from Moscow to Cuba to Venezuela.

Hubbub in a Moscow airport:

waiting for #Snowden — a crowd of journos and confused passengers #wikileaks #cia pic.twitter.com/r8vM1RsKXM

It’s a surprising revelation, considering that Snowden himself had previously indicated he would stay put in Hong Kong once it became clear his initially preferred destination, Iceland, wasn’t safe.

There’s been little doubt that the U.S. would bring charges against Snowden, who on June 9 revealed himself as the source of the leaks, a PowerPoint presentation detailing that the NSA regularly taps U.S. companies like Google, Facebook, and Apple for their users’ communications. But it wasn’t until Friday, the date of Snowden’s 30th birthday, that the Department of Justice formally charged him with espionage, theft, and conversion of government property.

Snowden’s initial decision to fly to Hong Kong was highly criticized. Some pointed to the fact that Hong Kong has a history of complying with extradition to the U.S. Former Vice President Dick Cheney said it indicated he might be a Chinese spy.

But Snowden’s decision proved true. In a statement released Sunday, Hong Kong confirmed he had left the country, and that it could not legally keep him from doing so:

Mr Edward Snowden left Hong Kong today (June 23) on his own accord for a third country through a lawful and normal channel.

The HKSAR Government has already informed the US Government of Mr Snowden’s departure.

Meanwhile, the HKSAR Government has formally written to the US Government requesting clarification on earlier reports about the hacking of computer systems in Hong Kong by US government agencies. The HKSAR Government will continue to follow up on the matter so as to protect the legal rights of the people of Hong Kong.

Several news sources have reported that Russian airline Aeroflot confirmed Snowden had been on a one-way flight to Moscow, which has already landed. The Russian news site Interfax has spoken two sources with knowledge of the situation. One, at Aeroflot, said that Snowden had booked a ticket from Havana to Caracas. Another, a person reportedly close to Snowden, also said he planned to fly straight from Moscow, through Cuba, to Venezuela.

There may now be a final destination.

Curt Hopkins contributed to this report.