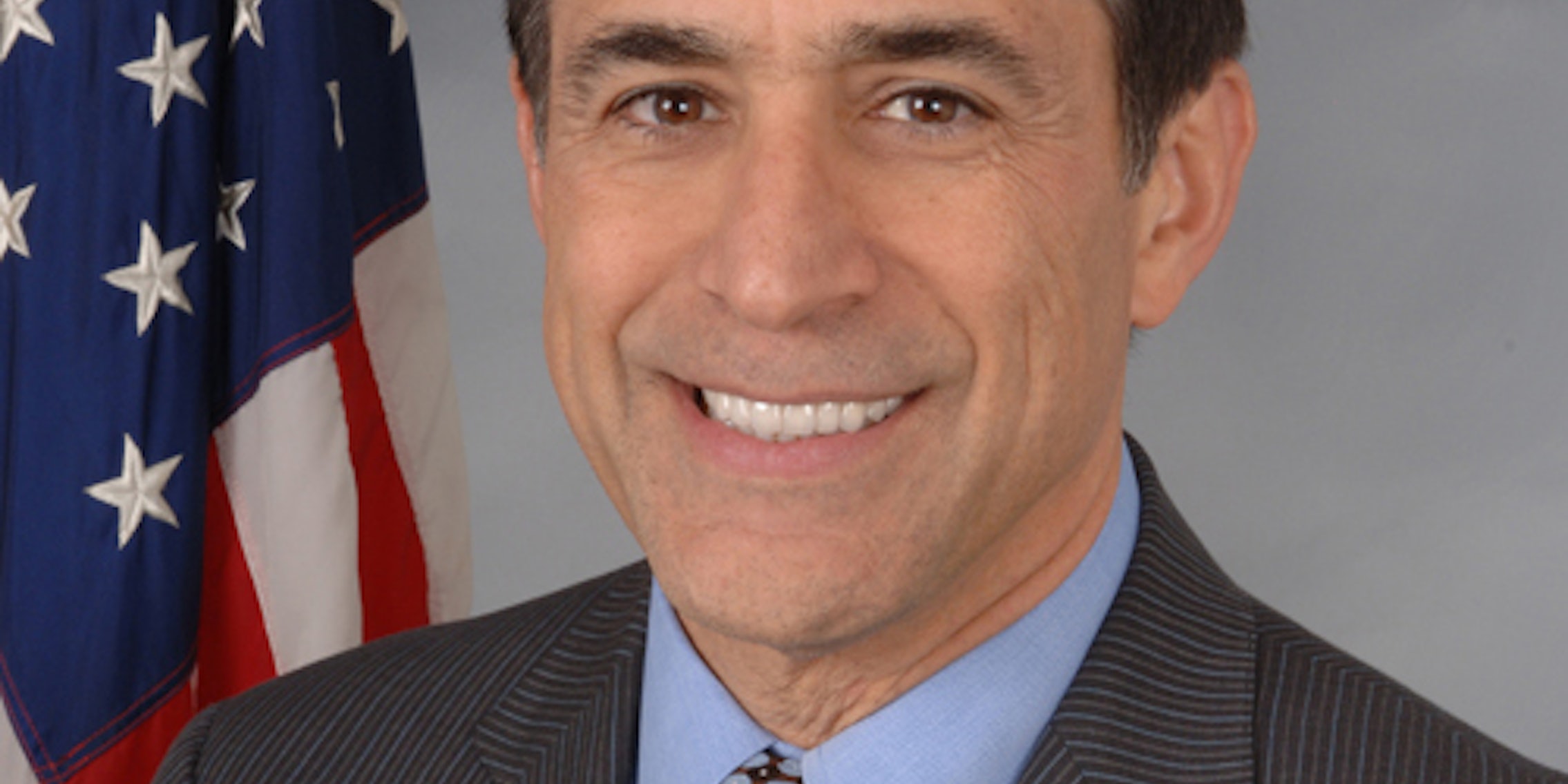 The California representative and SOPA opponent became the first member of U.S. Congress to sign the five-point document.

When Reddit cofounder Alexis Ohanian helped draft the Declaration of Internet Freedom, he envisioned that politicians would sign it as proof that they realized the Internet is important to their constituents. “Just a simple litmus test for Internet aptitude,” he called it.

The five-point document, written by a committee of Internet luminaries, is short and simple. It’s hard to imagine many people objecting to its goals, which include “don’t censor the Internet” and “protect privacy.”

On Monday, Representative Darrell Issa (R-CA) became the first of member of U.S. Congress to sign it.

It should come as no surprise that Issa, a self-proclaimed “Internet defender,” was the first on board. He first caught activists’ attention at the end of 2011, when he made several eloquent speeches against the Stop Online Piracy Act (SOPA). Those speeches helped helped spark the massive protests against SOPA, which in turn led to the creation of the Declaration of Internet Freedom.

In June, Issa created a draft of what he called the Internet Bill of Rights, which is a kindred document to the declaration.

Issa didn’t respond to a request via Twitter for comment on the future of his Internet Bill of Rights, but it’s safe to say that the Declaration of Internet Freedom, released July 2, is already far more popular. The declaration’s signatories include “Father of the Internet” Vint Cerf, prominent academics like Michael Geist and Urs Gasser, media outlets Daily Kos and Mother Jones, and more than a dozen civil rights groups.