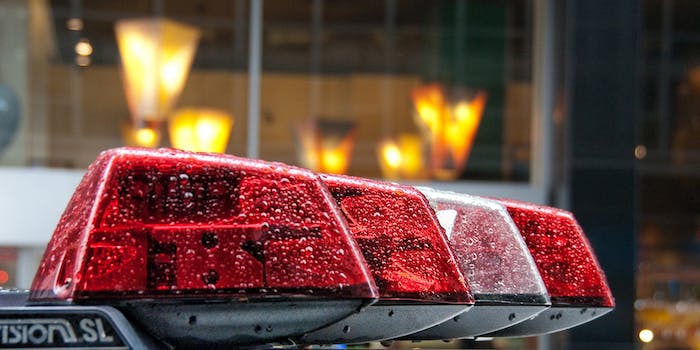 Wednesday afternoon, a Staten Island grand jury ended the criminal case against officer Daniel Pantaleo, when it failed to indict him in the death of Eric Garner. The fatal July confrontation transpired when Pantaleo, a white officer, placed the asthmatic and unarmed Garner, a black man, in a chokehold ruled illegal by the New York City Police Department.

The lack of indictment came just a week after after a Ferguson, Mo., grand jury failed to indict Ferguson police officer Darren Wilson in the shooting death of unarmed black teenager Michael Brown.

As protests began to assemble this afternoon and backlash quickly mounted for the second time in a week, a hashtag trending on Twitter, #CrimingWhileWhite, aimed to make people realize that these incidents are hardly isolated.

The hashtag was started by Tonight Show with Jimmy Fallon writer Jason Ross after he shared his own story of being let off easy for a teenage crime by the police. It quickly took off, and gained widespread support.

OTHER WHITE PEOPLE: Tweet your stories of under-punished f-ups! It's embarrassing but important! Let's get #CrimingWhileWhite trending!

This #CrimingWhileWhite hashtag is welcomed. Thanks for being honest re: #WhitePrivilege. It's not a hard process, it's a healing process.

This #crimingwhilewhite hashtag. Are white ppl openly acknowledging white privilege on police interactions or am I dreaming?

In the 10 hours since Ross started the hashtag, it’s accrued over 25,000 tweets, and shows no signs of slowing down. The demonstrative hashtag aims to bring together the multitude of examples that show how white privilege is very real, even now in ostensibly post-racial America, and all the tweets are absolutely worth a read. A select few below:

I shoplifted when I was 14 and they let me go because my parents came down and we "looked like a nice family." #crimingwhilewhite

There was some dissent to the co-opting of the original #DyingWhileBlack hashtag. While it is worth debating the fact that it took a hashtag populated with white voices and white stories to truly galvanize widespread support from the white community, it strongly moved the conversation forward.

Overall, the trending topic aimed to move the needle as much as possible in order to make those who believe the Garner and Brown incidents were isolated realize that institutional forces connected them. It appears to have done so.