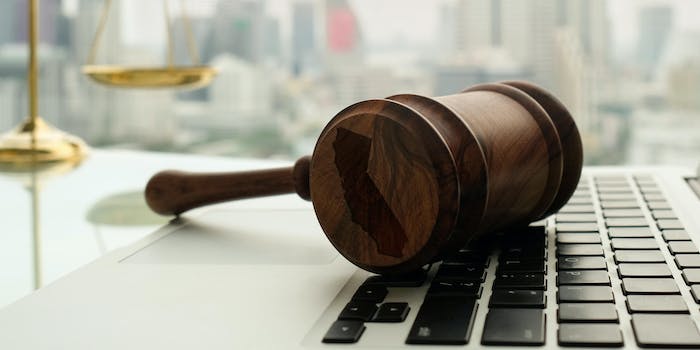 A California net neutrality law will stand, a US Court of Appeals ruled on Wednesday.

A California net neutrality law will stand, a U.S. Court of Appeals ruled on Wednesday.

The decision comes after months of lobbying by Internet Service Providers (ISPs) who urged the court to reverse a January decision to uphold the law. That decision, made by a panel of judges, was hailed as a victory by internet rights advocates.

The latest petition against the law—which requested a hearing by the full court—was struck down Wednesday.

The groups argued that the ruling would lead to states implementing their own net neutrality laws, which would lead to a “patchwork of conflicting laws” that ISPs say would make compliance impossible.

The law was immediately hit with lawsuits from ISP groups and former President Donald Trump’s Department of Justice.

The lawsuit against California was put on hold while the Mozilla v. FCC case was decided, which challenged the FCC’s repeal of net neutrality. The D.C. Court of Appeals ruled in October 2019 that states have the right to make their own net neutrality laws.

The Justice Department withdrew from its lawsuit after President Joe Biden’s inauguration, but the lawsuit was reignited after the Mozilla decision.

An injunction by the trade groups was denied last year in a district court in February 2021, which was appealed to the 9th Circuit Court of Appeals, and oral arguments were held in September of that year.

The court shot down that argument in January and denied ISPs last-ditch efforts to reverse the ruling today. It is still possible ISPs could appeal the ruling to the Supreme Court.

Looming in the background is the fate of Biden’s FCC. The agency is still deadlocked 2-2, but if his nominee, Gigi Sohn, is approved, the FCC is expected to reinstate federal net neutrality laws.