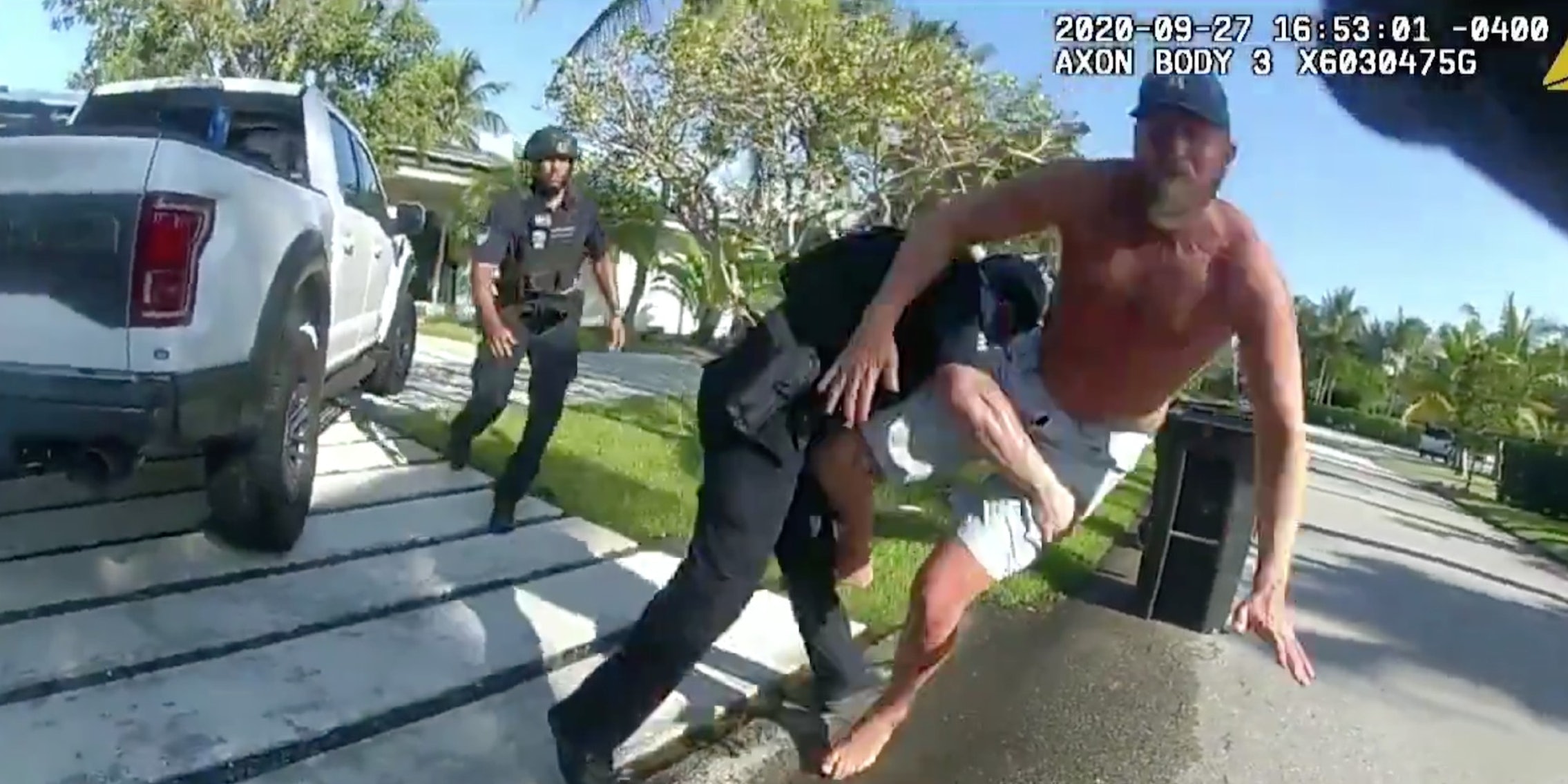 'The level of cognitive dissonance from conservatives replying to this is off the charts.'

Parscale, the president’s former campaign manager, was hospitalized in Florida on Sunday for an alleged mental health episode following an altercation with his wife.

Parscale’s wife Candace, according to the Sun-Sentinel, contacted police after fleeing to a neighbor’s house and stated that her husband was armed with a pistol and was potentially suicidal.

When police arrived on scene, Candice was reportedly seen with bruises on her face and arms and claimed that her husband had hit her earlier that week.

Footage of the arrest shows Parscale speaking with an officer moments before a group of police close in.

Several officers can be heard telling Parscale to get on the ground a few moments before he is tackled to the ground.

Trump supporters responded with outrage to the footage, arguing that the officers’ actions were both unwarranted and unnecessary.

David Reaboi, a contributor at the right-wing outlet The Federalist, called the incident “completely absurd.”

August Takala, a reporter and editor with Mediaite and former Fox News employee, suggested that such aggressive behavior by law enforcement is a new phenomenon focused primarily on Trump supporters.

“Is that a new treatment for people with ‘mental health’ issues, or is it just for Trump supporters?” Takala said.

Another popular conservative commentator known as “The Red-Headed Libertarian” similarly described the encounter as “a little over the top.”

The forceful takedown by police was likely linked to the fact that Parscale was alleged to have had a loaded firearm.

The incident quickly became a partisan issue on Twitter as those critical of the president began questioning why Trump supporters weren’t backing the officers.

“It’s definitely wrong anyone–even Brad Parscale–would be tacked by police like this, but the level of cognitive dissonance from conservatives replying to this is off the charts,” @cmclymer said. “When it’s one of their own, suddenly it’s wrong.”

Following the incident, Parscale was committed to a mental health facility.

Speculation has arisen that numerous issues in Parscale’s personal life, including the accusation that he was involved in helping the Trump campaign launder $170 million, could be linked to his recent behavior.