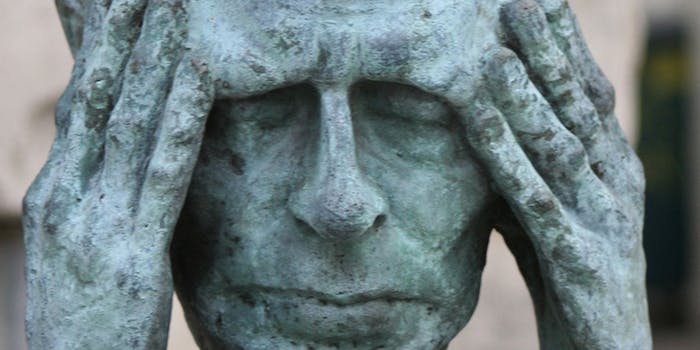 Many of the world's most reknown authors demand an end to illegal NSA spying.

More than 500 authors from 81 countries are calling for a new international charter to address the pervasive global spying operations of the U.S. National Security Agency, the U.K. General Communications Headquarters and other major government surveillance operations.

The authors, which count among their ranks five Nobel Prize winners, include Margaret Atwood, Don DeLillo, JM Coetzee, Umberto Eco, Martin Amis, Amos Oz, and Günter Grass. Together, they are calling for the United Nations to created a new charter for digital rights.

The call to action on Change.org comes after months of revelations that spy agencies in the U.K., Germany, Canada, and most notably the United States have been engaged in digital surveillance around the world. Documents disclosed by former intelligence contractor Edward Snowden have shown that the NSA taps underwater Internet cables, intercepts chats and emails, records telephone data, tracks cell phone locations, and cracks Internet encryptions.

In particular, the charter argues that surveillance is a form of theft when the data collected is considered private. They are calling for a charter that would clearly define the boundaries of legal surveillance:

British author Ian McEwan explained the call for a charter to the Guardian: “Where Leviathan can, it will. The state, by its nature, always prefers security to liberty. Lately, technology has offered it means it can’t resist, means of mass surveillance that Orwell would have been amazed by. The process is inexorable–unless it’s resisted. Obviously, we need protection from terrorism, but not at any cost.”