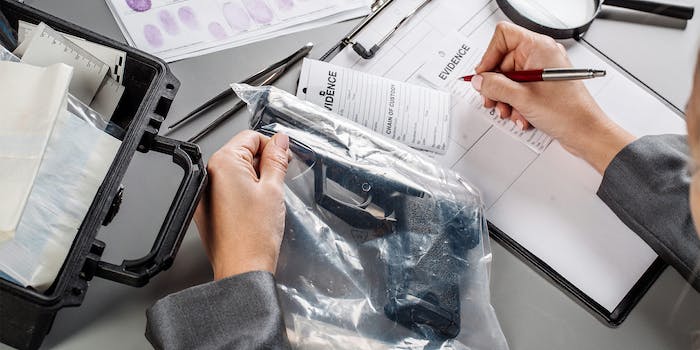 The ATF's data gives us an incomplete picture—but there's a clear reason for that.

In the wake of the horrific mass shooting in Las Vegas on Oct. 1—the deadliest in modern American history—the country’s attention has turned to the ecosystem of firearms and accessories that permeate the United States.

Stephen Paddock, the 64-year-old who opened fire on a country music festival from the 32nd floor of the Mandalay Bay Casino, killed 59 people and wounded more than 500. To do so, he brought with him an arsenal of more than 20 firearms, and he reportedly used an accessory known as a bump-stock, which boosts the firing rate of semi-automatic weapons to 400 to 800 rounds per minute—automatic levels.

The National Rifle Association (NRA) and the Trump administration placed the blame for Paddock’s access to bump-stock devices on the Obama administration; the NRA suggested greater regulation of these devices. So, what information does the federal government make public about firearms in the United States?

The Bureau of Alcohol, Tobacco, Firearms, and Explosives (ATF) is the government agency that tracks firearms-related crimes and regulates the gun industry. While firearms laws vary from state to state (and even city to city), the ATF maintains a storehouse of information on gun ownership, crimes, manufacturing, and imports in the United States.

Among this information is significant data on seized firearms. For instance, the average “time-to-crime” ratio, or the amount of time between when a firearm is purchased and when a crime is committed with that weapon, was 9.79 years in 2016. Most states’ data hovers around that mark, although the time-to-crime ratio in Guam and the Northern Mariana Islands is 20.97 years.

You can also find out the average age of the people who purchased the firearms that have been seized. The national average is 35 years, but in Wyoming, the average age is 44. And in California, 740 firearms were traced to someone age 17 or younger.

The ATF also maintains more general data about firearms through its Annual Firearms Manufacturing and Exportation Report (AFMER). In 2015, 3,557,199 pistols, 3,691,799 rifles, 885,259 revolvers, 777,273 shotguns, and 447,131 miscellaneous firearms (which include pistol grip firearms, starter guns, and firearm frames and receivers), were manufactured in the U.S., for a total of 9,358,661 firearms. This excludes firearms manufactured for military use and is more than triple the amount manufactured in 1986, the earliest available data. It’s almost double the amount manufactured since 1994, when Congress passed the federal assault weapons ban, which expired in 2004.

Imported firearms come from at least 23 countries, including the Philippines, Romania, and Brazil. The U.S. imported 1,318,204 handguns from Austria, 335,190 shotguns from Turkey, and 149,091 shotguns from China. (Sporting shotguns are excluded from the firearms import embargo levied against China in 1994.) And citizens can import firearms from countries like Sudan, North Korea and Iran, provided they were manufactured before firearms imports were enacted on those respective countries, and provided the firearms have been outside of the countries for at least five years.

Certain types of firearms, like machine guns, rifles, and shotguns, have to be registered under the National Firearms Act (NFA). As of April of this year, 630,019 machine guns have been registered in the U.S.; 52,965 of those are in Connecticut. Most of these likely belong to manufacturers and dealers since the Firearm Owners Protection Act bars civilians from owning fully automatic weapons (like machine guns) made after 1986.

But aside from some overarching federal laws, gun laws vary wildly across the country. For example, Nevada does not require a permit to purchase most firearms, nor does it require registration with the police or other entity. You don’t have to have a license to own a firearm, either. Texas and Utah don’t require registration or licensing. California has some of the strictest gun laws, according to the Law Center to Prevent Gun Violence.

The ATF’s data doesn’t show nearly the full picture of gun ownership in America; considering the fact that many states don’t even require gun owners to register their weapons, how could it? Although there seems to be some movement to legislate gun accessories like bump stocks in the wake of the Las Vegas shooting, it’s unlikely that comprehensive gun reform is on the horizon.