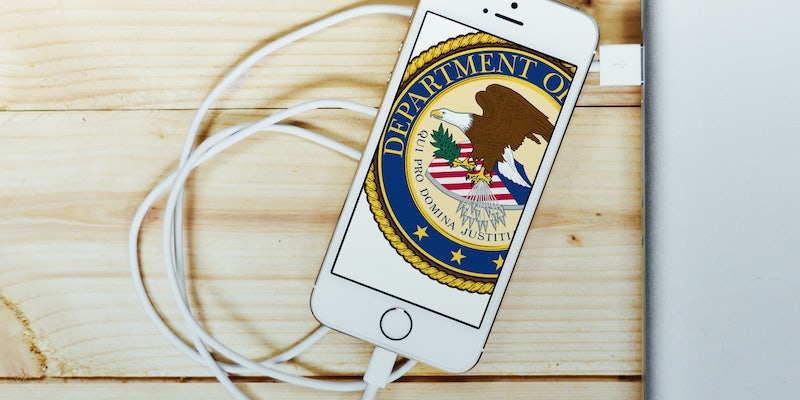 The government has requested that Apple comply immediately.

The Obama administration has scolded Apple for refusing to provide the government with software to help it unlock an iPhone used by one of the San Bernardino shooters.

In a motion filed Friday, the Department of Justice dismissed Apple’s objections, which the company says are necessary to protect users’ privacy from the government, as a “marketing strategy.”

The motion, filed with the U.S. District Court for the Central District of California, argues that Apple CEO Tim Cook misled the public in his fiery open letter about the company’s refusal to comply with Magistrate Judge Sheri Pym’s Feb. 16 order.

“The Order does not, as Apple’s public statement alleges, require Apple to create or provide a ‘back door’ to every iPhone,” the government contended. “It does not provide ‘hackers and criminals’ access to iPhones; it does not require Apple to ‘hack [its] own users’ or to ‘decrypt’ its own phones; it does not give the government ‘the power to reach into anyone’s device’ without a warrant or court authorization; and it does not compromise the security of personal information.”

Pym’s order, which she based on an 18th-century law called the All Writs Act, required Apple to write a custom software package that deactivates the iPhone’s auto-erase function—which wipes the device after 10 incorrect passcode entries—so that the FBI can flood it with passcodes until it finds the right one. Apple argued that creating such software would set a precedent that could endanger the privacy of its users’ personal data.

In the government’s filing, Eileen Decker, the U.S. Attorney for the central California district, pointed out that Apple’s objections to complying with the order were not procedural but instead reputational.

“Apple … did not assert that it lacks the technical capability to execute the Order … or that it would be too time- or labor-intensive,” she wrote. “Rather, Apple appears to object based on a combination of: a perceived negative impact on its reputation and marketing strategy were it to provide the ordered assistance to the government, numerous mischaracterizations of the requirements of the Order, and an incorrect understanding of the All Writs Act.”

Experts believe that Apple can write the required software, and in its filing, the government revealed that Apple “conceded that it had the technical capability to help” when it rejected the Justice Department’s initial request.

Pym’s initial order allowed Apple to appeal, but the government argued in Friday’s filing that “the urgency of this investigation requires this motion” to compel its immediate cooperation.

A hearing has been scheduled for March 22, at which time both parties will brief the court on their full legal rationales.

The fight is part of a broader debate about whether tech companies like Apple should design their encryption to guarantee investigators access to stored data by creating what critics call “backdoors.”

In September 2014, Apple released iOS 8 with full-disk encryption, which prevents even its own engineers from hacking into the device to turn over data to the government. The same year, Google let users of its Android platform enable a similar feature. FBI Director James Comey and other law-enforcement and intelligence officials warn that such unbreakable encryption significantly complicates their work and allows terrorists to “go dark” on those secure platforms.

But Silicon Valley, privacy advocates, and leading security experts contend that guaranteed-access schemes in commercial encryption would create new vulnerabilities that hackers and foreign governments could exploit. They also point out that a backdoor mandate would not eliminate unbreakable encryption, as terrorists would simply shift to foreign products not subject to the mandate.

The government has attempted to play down comparisons between encryption backdoors and the technical assistance that it is requesting in the San Bernardino case. But experts warned that, even though this request only involved software to bypass a few security features and not a demand to redesign a product’s encryption, it could set a precedent for future government motions demanding greater access and more accommodation.

Read the full motion below.