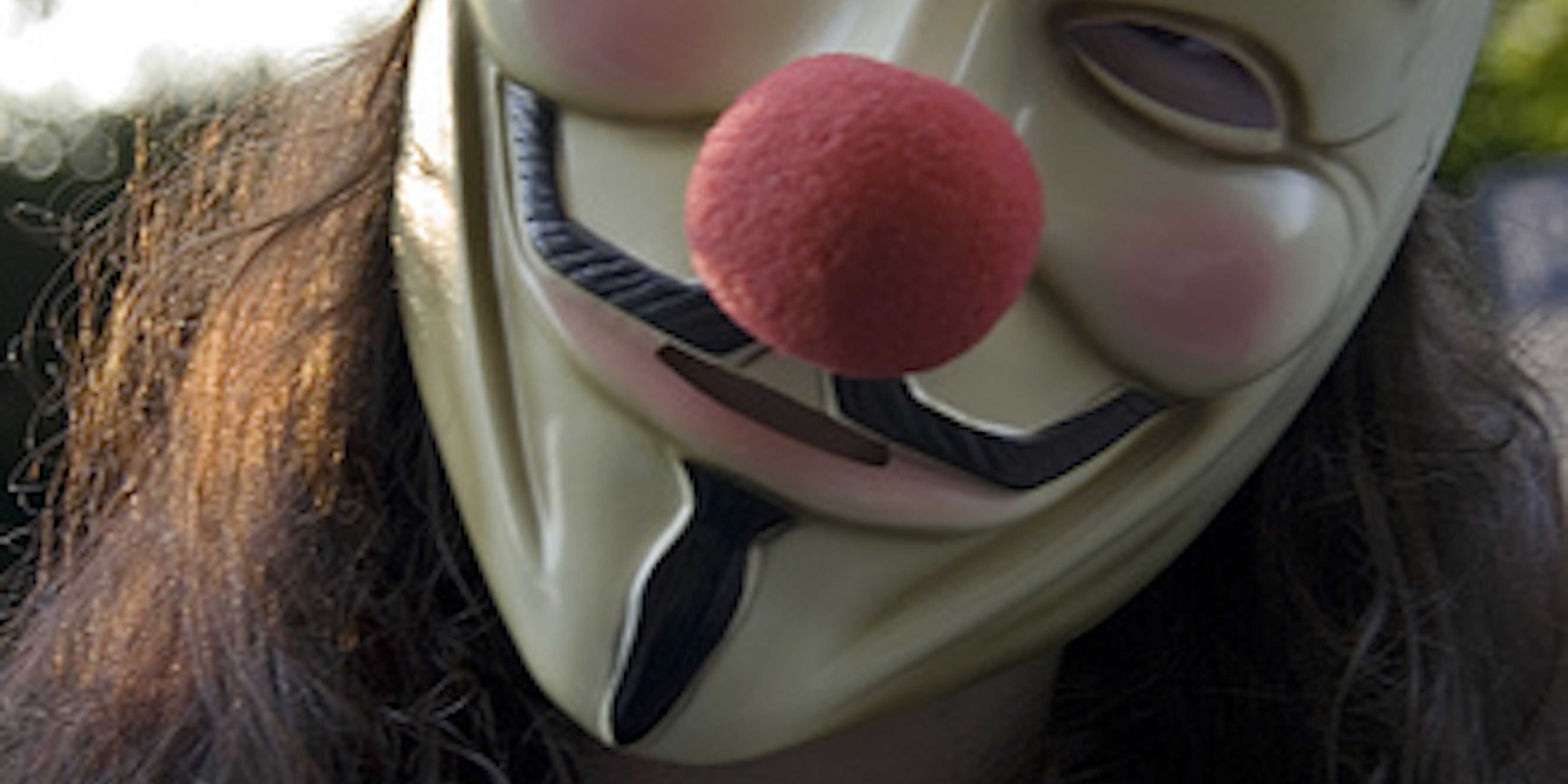 Like a serpent eating its own tail, early this morning a new group of Anonymous members hacked AnonOps, the collective's official communications network, to highlight the channel's vulnerability. One user, Carlos1337, lent his personal insight into the matter.

In the early hours of Tuesday morning, AnonOps, long seen as the official communications network of Anonymous, was hacked.

The hackers? A group of Anonymous calling themselves “Hack El Planeta (HEP).”

HEP released passwords, IP addresses, and emails for more than 4,000 members of Anonymous who frequent AnonOps, an Internet Relay Chat or IRC channel used to coordinate actions. Basically, the “entire AnonOps IRC database,” explained a member going by the moniker “Carlos1337”—a username littered throughout the text that accompanies the hack—in a private chat with the Daily Dot.

While the information released is primarily monikers and fake email addresses that won’t truly unmask any Anonymous members, the hack was carried out because “AnonOps no longer stands for the values of open speech, [and] freedom of opinion,” according the explanatory note.

That was just one of the reasons given, though.

The text goes on to state that the AnonOps network of channel operators, or “people in control” as Carlos1337 described it, were hostile to newcomers and “generally unwelcoming,” even “condescending” to “those whom wish to communicate and gather to fight the powers of corruption.”

According to Carlos1337 and another member of HEP, AnonOps has been headed downhill for months. The turning point happened about eight months ago, both said. (An unrelated Anonymous member told the Daily Dot yesterday that AnonOps had lately become “a festering hole of a bunch of kids and feds.”)

“I remember in March/Feb, [AnonOps] was good, [AnonOps] was fun,” offered Carlos1337. “It was this nice group of people to hang out with. Raids were going on. People were doing shit. Now it’s just bad, filled with idiots and trolls. Now it’s just a bunch of [channel operators] ruling over Anons like sheep. We’re, quite frankly, quite upset with what AnonOps has become, and how far it’s strayed from what Anonymous once was.”

“We cannot bring Anonymous back to the state it was,” the note continues, “but we’ve burned the abomination that took its place to the ground.”

This isn’t the first time the AnonOps IRC network has been hacked.

Roughly six months ago,  Ryan Cleary, a moderator at the time, was said to have taken over the same network. HEP even mentions him by name in the release: “Ryan Cleary had the right idea in trying to get Anons to spread out but the namefags didn’t want to listen. This time, we can only hope that they do.”

When asked to clarify, Carlos1337 explained the hack was meant to “embarrass” the channel operators, prove the servers aren’t as secure as previously thought, and act as a “wake up call to Anons to not rely so strongly on one IRC network.”

“We’re pro Anonymous, don’t get us wrong,” said Carlos1337, who then went on to admonish Anons for using the AnonOps channel as “their main method of chatting” and for reusing “the same alias.”

“Chances are, those passwords are the same passwords to something else,” Carlos1337 added.

In other words, Anonymous has gotten sloppy and complacent in its mainstream success, and HEP arrived just in time to whip Anons back in shape.

The name “Hack El Planeta” was chosen in order to make fun of #OpCartel, an aborted Anonymous operation viewed by many to be fake.

As for Carlos1337, the same moniker used on the release?  He’s is a “fake hacker we’ve been tormenting AnonOps with for months,” said an Anonymous member of HEP.