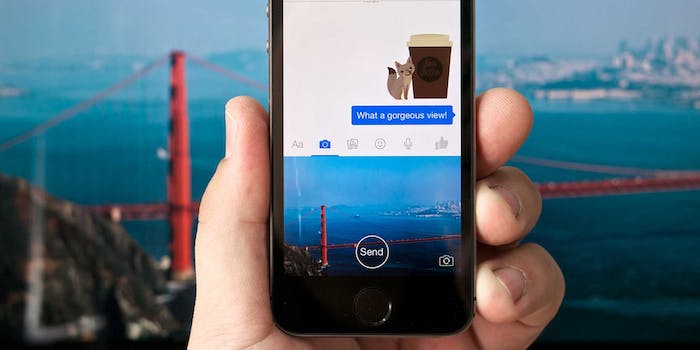 Adblock Plus may technically be the biggest read receipt-hiding app, but is it the best?

Not satisfied with preventing advertisers from knowing what users are up to, open source content filtering plugin Adblock Plus is now in the business of deterring nosy friends, as well.

A new feature added to the plugin gives users the ability to turn off read receipts on Facebook messages. That mean even if you’ve looked at a message, Adblock Plus prevents Facebook from notifying the sender, providing you with ample time to cook up a reply—or ignore someone entirely.

Adblock Plus does this by blocking a single URL that is responsible for changing the read status of messages. Existing users can enable the new feature here.

Blocking read receipts is just the latest in Adblock Plus’ ongoing battle with Facebook content. The ad blocker has also taken on sponsored and promoted posts in news feeds, sidebar advertisements, trending topics, suggested pages, and dozens more. In October of this year, Adblock Plus issued a workaround for Facebook’s Atlas ad platform.

However, the new feature is not a seamless addition for frequent Facebook users who rely on Adblock Plus. There’s no way to temporarily turn on read receipts or apply them selectively for certain users. It’s all or nothing. Sync problems between desktop and mobile may also arise, as the feature is not available for mobile users. A commenter on the Adblock Plus blog pointed out that the filter interrupted push notifications on iOS.

Adblock Plus isn’t the first to set out to stop people from knowing when a message is read. Popular Chrome extension Facebook Unseen has over 180,000 users. Facebook app Unseen (no relation to the previous, similarly named app) also does the job and has around 4,000 monthly users. Of course both pale in comparison to Adblock Plus, which has over 300 million downloads and around 20 million active users on Firefox alone.