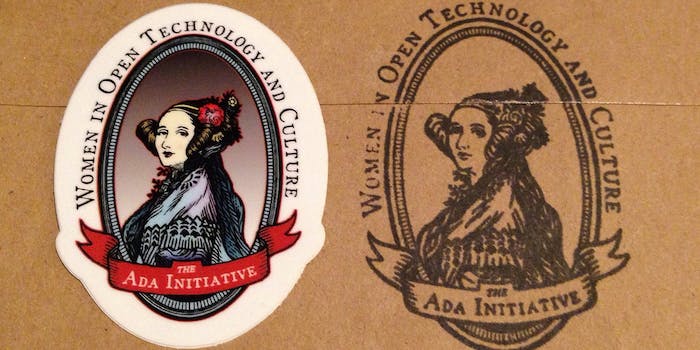 Groundbreaking nonprofit for women in tech, the Ada Initiative, to shut down

The women’s nonprofit Ada Initiative is shutting down after four years of working to improve diversity in tech.

The organization is open-sourcing all its resources, including the Ally Skills Workshop, AdaCamp toolkit, and the imposter syndrome training classes, to ensure everyone has access to tools that made the Ada Initiative a popular diversity advocate in tech.

Simply put, leaders said running a nonprofit without making compromises in order to accept corporate donations can be emotionally and physically exhausting. Founders Mary Gardiner and Valerie Aurora had to decide whether it was worth continuing the nonprofit work with the support of volunteers and a board of directors, or releasing the well-established programs into the wild and letting the community continue the work itself.

To that end, the organization succeeded—by open-sourcing programs and getting rid of the overhead of a nonprofit the ideas behind the organization live on. Before the Ada Initiative there were few, if any, resources of its kind such as AdaCamp, allies workshops, or codes of conduct. Today 40 people are trained to teach the Ally Skills Workshop, and more than 500 women participated in AdaCamps.

The nonprofit began as a collaboration between two women on opposite sides of the world—Gardiner in Australia and Aurora in the Bay Area. After working part-time as activists and writers advocating for women in technology and open-source communities, Gardiner and Aurora went all in.

In 2010, at a time when patterns of sexual harassment at conferences were beginning to be discussed more openly, they were consistently ill-equipped to deal with complaints about sexism, harassment, and inappropriate behavior. Inspired by anti-harassment policies cropping up among science fiction and other fandom cons, Aurora and Gardiner wrote an anti-harassment conference policy to address some of those concerns and help tech conference organizers better handle such incidents. Thousands of conferences adopted these policies pioneered by the two women with help from the community, and it was that initial work that led to the incorporation of the Ada Initiative as a nonprofit. 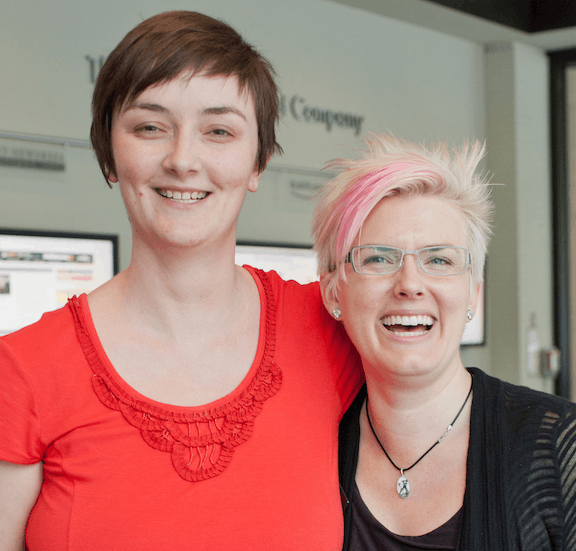 The organization had a number of successful fundraising drives and multiple revenue streams: AdaCamps, the ally workshops, and donations from supporters. What seemed like a successful nonprofit turned out to be something that required much more than what the two women and volunteers were willing to give.

The Ada Initiative attempted a growth strategy in an effort to expand programs and remain sustainable, but the search for an executive director that included 130 applicants failed. In early July, Executive Director Crystal Huff left after just two months on the job, and the first hint that the Ada Initiative’s programs might be on the rocks emerged.

Then the AdaCamp series shut down.

More than 500 women benefited from AdaCamps, two-day events that aimed to empower marginalized women in open-source and tech communities in the U.S. and abroad. Since shutting down, the organization published a how-to guide for anyone interested in running their own AdaCamp under Creative Commons.

As Gardiner explained, shutting down was the second of two options for the organization that had outgrown two women and their volunteers.

“Our first exit plan was an attempt to grow, but it was just this challenging problem where we were doing a lot of things and had a lot of sources of money, and we were kind of too big for ourselves,” Gardiner said. “Our second plan was to recognize that we were too big for ourselves, and to recognize that it’s not sustainable for us, and that it’s healthier for our programs if we acknowledge that the anti-harassment work is already owned by the community. And if we hand over AdaCamp… to the community and ask them to continue that work.”

There are a number of nonprofit organizations that focus on improving the culture of technology. What set the Ada Initiative apart from other organizations, founders said, was the insistence that it wouldn’t make concessions in order to get money from corporate sponsors.

“There’s this unfortunate tendency in diversity in tech work to end up doing free or discounted recruiting for for-profit companies. We have no interest in doing that ourselves, but we understand why other people are doing it,” Aurora said.

For instance, it was difficult to raise money from corporate sponsors for events like AdaCamp because companies would ask for exclusive access to attendees, keynote speaking opportunities, or other marketing and advertising strategies (like automatically emailing attendees for job opportunities) that didn’t necessarily serve the people who participated. These strategies and compromises are par for the course for many nonprofits—but the Ada Initiative decided it didn’t want to compromise.

“I have not made the tech industry good enough that I’m willing to work in it again.”

“We just kind of think that for-profit companies like Google should pay fair value for their recruiting,” Aurora said.

“There’s this sense like, since you’re a nonprofit, therefore you shouldn’t charge market rate for the services you’re providing.”

Recruiting opportunities are everywhere at events like AdaCamp and the Grace Hopper Conference, the largest gathering of women technologists in the U.S. hosted by the Anita Borg Institute. Each year thousands of women, many of them students or recent graduates, participate. The lowest sponsorship opportunity for companies is $10,000 for a 10′ x 10′ booth and access to the swarms of women looking for a job.

As Gardiner explained, the average cost of a successful recruiting placement is about one-third of an engineering salary. If the average salary is $90,000, one woman could cost $30,000 to place—it’s much more cost-effective for companies to seek out women at tech conferences by “donating” a couple-thousand dollars for access to them.

Of course AdaCamps did accept money from companies who wanted to find new talent without strings attached—instead of bombarding everyone with brochures and emails, attendees were asked to write down their contact information if they any interest in hearing from the companies sponsoring the event.

“Running a small business and doing activism is not a terribly sustainable thing. I think people should keep doing it. I’m not saying that nobody should run a small, feminist in tech not-for-profit ever again, but it becomes a consideration: Are you going to go for growth or going to go for small and stable?” Gardiner said. “If you are going for growth, you have to make a decision about corporate sponsorship because in order to attract a lot of corporate sponsorship, you are going to feel pressure to become a recruiting [pipeline].”

Nonprofits finding their footing in the tech sector today are facing similar challenges in terms of financial stability. Randi Harper, engineer, activist, and founder of the Online Abuse Prevention Initiative, is working on securing a nonprofit status for the new organization. OAPI works with companies to help handle abuse more effectively, and creates tools for people who have been targeted by harassment.

“It’s hard to keep doing the work I originally set out to do while having to learn the ins and outs of getting a nonprofit up and running,” Harper said in an email. “I find myself having to decide if I want to spend time writing code or writing our NPO narrative. Code almost always wins. I set out wanting to help people, and now I find myself bogged down in trying to run a business.”

Although she’s yet to ask for money from corporate sponsors, she realizes the challenges—it’s much easier, she said, to get resources from companies than actual financial assistance. And while companies are invested in solving the problem of harassment because it’s directly tied to diversity both on platforms and in the workplace and want to work with OAPI, getting them to put money where ideals are is another challenge entirely.

“I do think that companies that use nonprofits as that kind of resource should contribute financially,” Harper said. “Not enough do.”

Come mid-October, the Ada Initiative will be no more, but the programs will live on through Creative Commons, AdaCamp clones, and workshops created by the community. Additionally, Aurora is turning the Ally Skills workshop into a for-profit consultancy, allowing the program to grow much faster without the restrictions of trying to maintain the fundraising and overhead of the Ada Initiative. Gardiner is looking for a full-time position at a tech company.

The Ada Initiative shutdown possibly illustrates a larger issue—that the diversity in tech movement that aims to improve inclusion in tech and events is still buoyed by people throwing money at the issue and hoping something good happens. The Ada Initiative required too many resources to maintain stability, underscoring the reason why it’s needed in the first place—change hasn’t happened yet.

“I have not made the tech industry good enough that I’m willing to work in it again,” Aurora said.