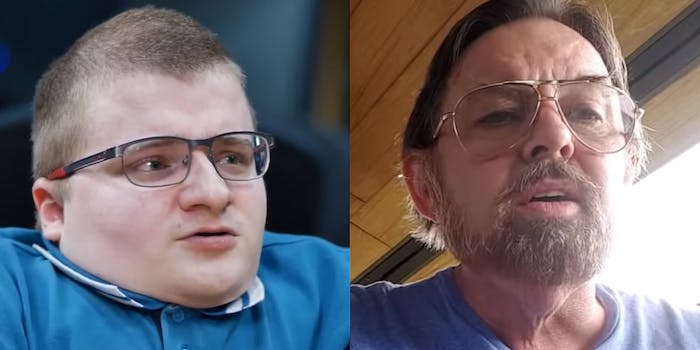 Jim Watkins, the current owner of 8chan/8kun, is claiming 8chan's founder, Fredrick Brennan, made libelous statements against him.

8chan, the notoriously noxious free speech message board, is back online under the moniker “8kun” after several months of trying to find new servers. One reason it took so long for the site to find a new home—excluding its commitment to hosting the most odious content online—was that the former founder, Fredrick Brennan, was trying to stop Jim Watkins, the current owner from getting it back online.

Brennan had become disillusioned with 8chan, as it became a favorite of mass shooters in the past year.

Now, though, Watkins is asking the Philippines, where Brennan lives, to indict him for libel.

“The so called owner of the last bastion of free speech is suing me… No, not for tortious interference, kiddies… For libel!” Brennan tweeted. “We’re dealing with big brains here, so yes his lawyer (Atty Missing Exhibit) spelled my name wrong.  I look forward to arguing my case in court.”

The so called owner of the last bastion of free speech is suing me… No, not for tortious interference, kiddies… For libel!

I look forward to arguing my case in court. pic.twitter.com/BSCUtdmgy9

Brennan later corrected his tweets, saying that Watkins was not suing him, but that his lawyers were asking prosecutors to look into indicting Brennan for the statements.

In the Philippines, libel is considered a criminal offense and thus Brennan could face jail time if an investigation into him resulted in a trial and conviction.

Just got back from my attorney. Everyone is wrong about the case. Everyone is reporting it wrong,even me to a degree.

I haven't been sued civilly. The State hasn't opened a criminal case either.

Jim Watkins is simply requesting the city prosecutor indict me for criminal libel.

At the center of the complaint is a series of tweets by Brennan that accused Watkins of being senile.

Brennan pointed to his wearing a Q pin in congressional testimony, saying Watkins was senile and actually believes in the QAnon conspiracy theory. (The wildly debunked conspiracy theory asserts that a secret group of pedophile Democrats are trying to bring down President Donald Trump.)

Watkins’ lawyers take issue also with claims made by Brennan that he is senile, calling the statement “untrue” and libelous.

Brennan, for his part, seems unfazed by the threats.

I appreciate your concern but reporting on the antics of Jim Watkins is not illegal and his attempt to intimidate his chief critic will not work.

This story has been updated to better reflect the nature of the complaint against Brennan.