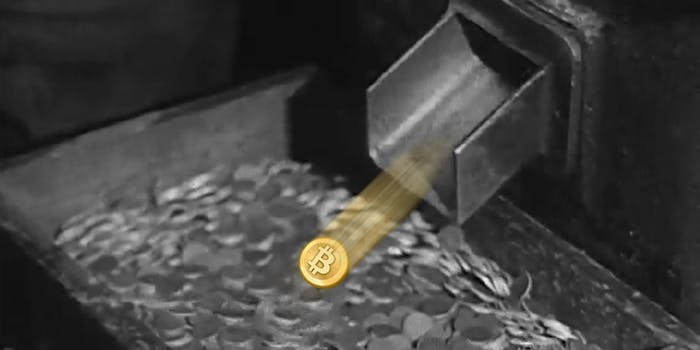 The Bitcoin pioneer discusses why he remains a true believer in the digital crypto-currency.

Bitcoin has crashed. That’s it. Game over. C’est fini. Ganz kaput. No one still believes in it. Well, except for those people who always believed in it.

The Daily Dot talked to four Bitcoin pioneers—Roger Ver, Charlie Shrem, Adam Draper, and Eric Voorhees—about why they remain true believers in the digital crypto-currency, which drew international attention through Cyprus’s banking emergency, its inclusion in the American financial regulatory framework, and increasing press coverage. The currency spiked to as high as $266 before crashing to a low of about $50.

“I never planned on being a bitcoiner, really,” Charlie Shrem told the Daily Dot. “I had a startup. I was working full-time; I was in college!”

Like so many otherss, Shrem found himself captivated by the possibilities of the currency.

“Bitcoin was very, very difficult to buy” at the beginning, Shrem recalled. He bought his first bitcoin in early 2011. “It was by wire transfer, and I didn’t get it.”

During an early Bitcoin crash, the service Shrem was using, Tradehill crashed and he lost his first bitcoins.

But after a stint browsing Bitcoin boards, he and Shrem’s friend Garth Nelson, now BitInstant’s CTO, came up with the idea for a company that allowed users to get money into and out of the Mt. Gox exchange in a much more user-friendly fashion.

What started as a side project quickly “looked like it could become a full-time thing,” and he went looking for angel money.

“Dad said no, mom said yes,” he said. That initial family investment of $10,000 allowed BitInstant to grow organically, reaching a point where the volume allowed the company to raise real money.

Shrem is now the CEO of BitInstant, the Bitcoin payment services company. He also serves as vice chair on the Bitcoin Foundation.

Unlike many of those whom Bitcoin has claimed as its own, Shrem said he didn’t get into it for philosophical reasons.

“In libertarian circles, they call me ‘The Statist,’ because I’m the least libertarian,” he said. “I don’t like big government but still think we need it.

There is one philosophical element of Bitcoin that has clearly captured Shrem’s imagination.

Perhaps this focus on Bitcoin as a system is less a philosophical concern than it is an economic one. Shrem majored in Keynesian economics at college. The Austrian School, which many bitcoiners have ties to, “is all theory,” Shrem said.

“Bitcoin is testing the theories of money.”

In addition to BitInstant and his service on the foundation, Shrem is putting his money where his mouth is when it comes to Bitcoin as a payment platform. He has recently retooled the bar he owns in New York, Evr, to accept bitcoins.

During the “Bitcoin panic sale,” BitInstant, like other Bitcoin companies, Mt. Gox primary among them, suffered a lack of scalability, taking what seemed to its users like forever to fill orders.

“We’re having huge scalability issues right now,” Shrem admitted. “We’re hiring customer service, fixing tech, upgrading servers. We gotta work faster and we gotta work harder. Bitcoin has grown so much now it’s scary. I used to have a hold over this thing, now there are people coming out of the woodwork.”

Ninety percent of the people interested in Bitcoin are only interested in it for the sake of currency speculation, Shrem believes.

“But we still have 10 percent of people who are interested in Bitcoin as a system.” And that, he believes, is enough to secure it a future.