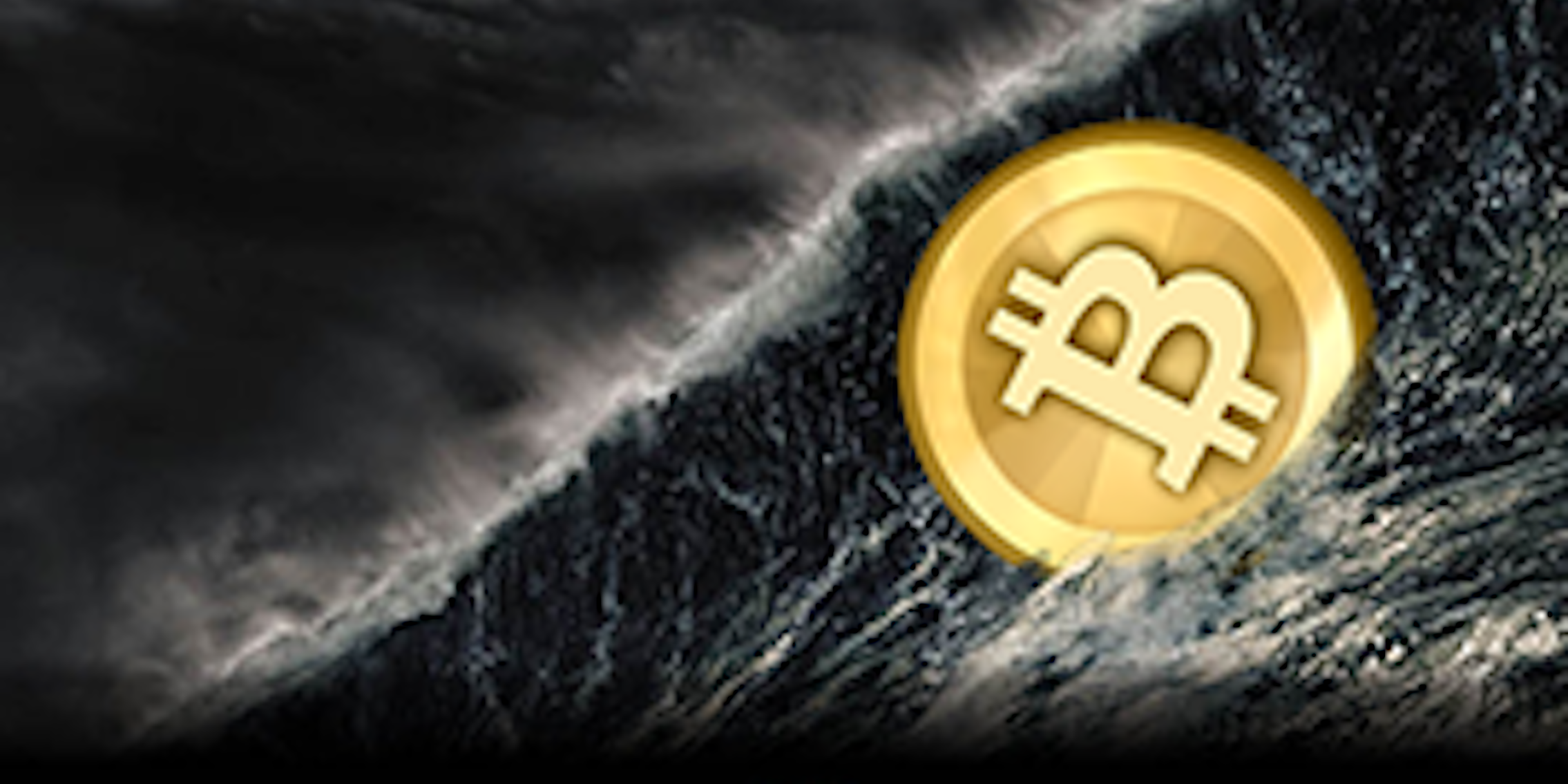 The crisis in Cyprus and a new report from the U.S. Treasury Department have propelled the virtual currency to an all-time high.

Bitcoin, the stateless digital currency, is doppler-shifting on its way to $100. At the time of writing, it has already hit a high of $95.70, according to Mt. Gox, the world’s largest Bitcoin exchange.

The currency was under $20 at the beginning of February, according to Blockchain.info. It leapt from $50 to over $70 on the 23rd of March and now has taken another vault up over $90. Crossing the $100 line no longer seems like the stuff of fantasy, if still a bit unreal.

As we noted in our story on the previous spike which began on March 17, the popular explanation for the increase has been the banking crisis in Cyprus—one which has only been calmed, not solved. The volatile relationship between the country’s residents, its banks and the shared Euro, the explanation went, made the fiat-less (nonstate) Bitcoin currency more appealing.

But most of the experts who deal with Bitcoin professionally told us they believed the increase was due to investors whose concerns for the legal status of the currency were ameliorated somewhat by the U.S. Treasury Department’s Financial Crimes Enforcement Network’s (FinCEN) statement on virtual currencies.

The “Application of FinCEN’s Regulations to Persons Administering, Exchanging, or Using Virtual Currencies” (PDF) established that companies in the “business of exchanging, accepting, and transmitting” virtual currency like Bitcoin qualify as “money services businesses,” with all the legitimacy and anti-fraud responsibilities that designation provides.

Cyprus and the FinCEN ruling may have awoken a greater number of more mainstream investors to the utility of the currency, and the legal stability of investing in it.

Additionally, the currency has been accepted by more mainstream (albeit online) businesses, such as the payroll company Expensify and the well-known blog host and software company, WordPress. Silicon Valley Bank has entered into a partnership with the largest Bitcoin exchange, Mt. Gox and Credit Mutuel and Bitcoin Central have also partnered to create a Bitcoin bank.

Finally, the fact that a number of venture capitalists have begun backing Bitcoin startups has probably had an effect on its apparent merit as an investment. Adam Draper’s BoostVC incubator is on its second class of participants and as much as $5 million worth of VC investment has been poured into the Bitcoin startup ecosystem.

All of these developments have come together to create an investment atmosphere in which the promise of great gain is tangible, though hardly guaranteed. Those willing to take a big risk may see a big payoff. Some already have.

“Investor confidence, FinCEN guidelines, Cyprus, and the tech companies adopting it as a payment method are creating the perfect storm of momentum for Bitcoin,” BoostVC’s Adam Draper told the Daily Dot. “The future of Bitcoin is bright. We just passed a one billion dollar market cap.”