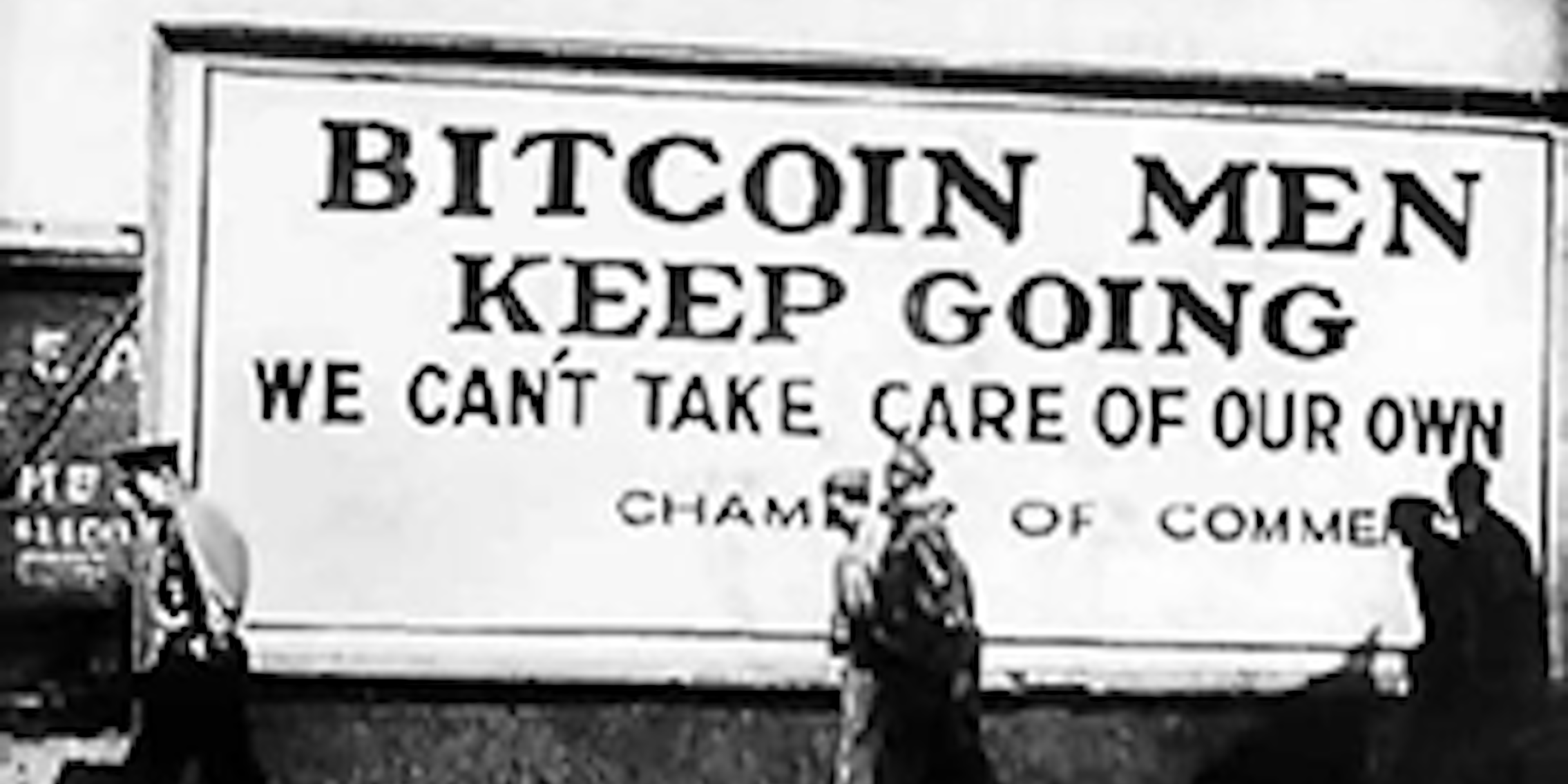 The Bitcoin bust: What went wrong

Here's a quick overview of the digital currency's volatile state of affairs.

The Bitcoin Panic Sale is not necessarily over yet. Nonetheless, a quick look at some of the developments might be useful. Call it a con-mortem.

Yesterday was a volatile day for the digital crypto-currency, which has assumed an outsized profile internationally due in part to attention on Cyprus’s banking emergency, its inclusion in the American financial regulatory framework, and increasing press coverage.

“Orders will not be accepted for the moment as we need to upgrade our database to accommodate the trading volume,” Mt. Gox wrote on its support site. “However, you may still cancel your pending and open orders.  Trading will resume at 11.00 am JST.  Our apologies for the inconvenience caused and thank you for your patience while we work to resolve this issue.”

This is the Bitcoin equivalent of Wall Street suspending trading when the stock market starts acting up to hopefully avoid a new Stock Market Crash.

Gonzague Gay-Bouchery, the marketing and communications manager for Mt. Gox’s parent company, Tibanne Co., Ltd., told the Daily Dot yesterday that the company was planning “to close down the exchange for two hours to push some software updates,” but not that it intended to close down for two days.

Mt. Gox has been under a distributed denial-of-service (DDoS) attack since last week. Added to this is a Java applet malware that has been introduced to Bitcoin users via phishing on chat services and elsewhere. It introduces a transfer order to the victim’s computer.

One victim, according to a report on TechCrunch, lost half his bitcoins at one go.

This sort of attack is growing in popularity as Bitcoin intrudes more forcibly into public consciousness. It is yet another example of how, regardless of how cryptologically sturdy the currency itself is, all the architecture surrounding it requires a great deal more security discipline to make Bitcoin a “safe” currency.

“BITINSTANT IS SCREWING ME AND EVERYBODY ELSE OUT OF THEIR MONEY BY NOT FILLING THESE ORDERS,” screamed one user on r/Bitcoin, Reddit’s forum dedicated to discussion of the currency. “I made my purchase attempt when prices were around $140 per coin, yet I just know that I’ll end up paying ~$200 per coin. There have been too many other people with the same issue. Bitinstant is ripping people off by cherry-picking whatever price they fucking choose.”

Several dozen comments echoed those concerns. BitInstant, a company that effects Bitcoin transfers, addressed them in a blog post.

“Let’s get this blog rolling by flat out apologizing,” the company wrote. “High volume with lots of requests for fund transactions increases the demand on our accounts. Because it can take days for us to receive the funds that previous customers sent, our reserves on the different exchanges can get low. When many people make near simultaneous demands on our system it’s been hard to keep up with the demand.”

Many of the companies in the Bitcoin support sector are experiencing scalability problems. When a panic sell like yesterday’s hits it can be the first time many of these companies experience an explosion of demand and traffic, and they do not discover how under-equipped they are until their system stumbles.

As perfect a currency as Bitcoin may be in terms of its resistance to counterfeiting and it’s uniqueness and scarcity, that perfection does not rub off on the human beings using and serving it. But if the sector hopes to survive, security and scalability need to be of paramount importance in the short run as well as in the long term.