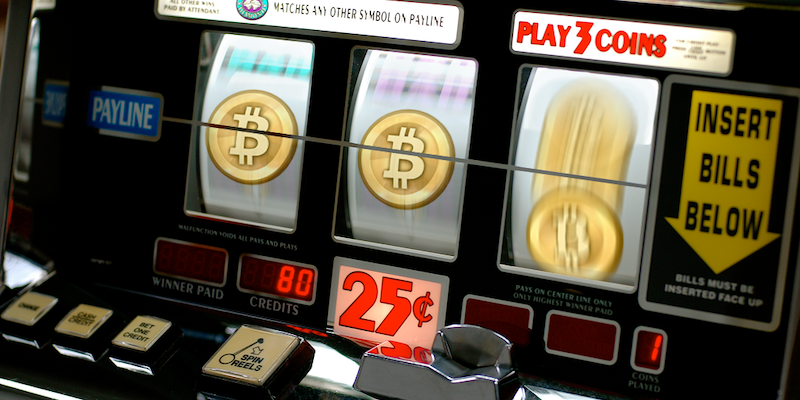 The first part in a four-part series focusing on predictions for the crypto-currency from those who know it best.

“The future is now,” Roger Ver remembers thinking when he first stumbled upon Bitcoin in late 2010.

“As a teen in the late ’90s, I read a lot of sci-fi,” the Japan-based Bitcoin investor told the Daily Dot, “especially Neal Stephenson’s Cryptonomicon. I was waiting around for online digital cash to come into existence ever since.”

He thought Bitcoin was going to change everything—and he still does.

“That whole week I slept one hour a night. I spent the whole week inside and got so sick I had to go to the hospital. For the last two years, Bitcoin has been my life.”

Ver is the founder and CEO of BitcoinStore, an online electronics retailer that’s trying to leverage the lower transactional costs of the currency to force the e-tailing sector open to Bitcoin.

Ver is also the CEO of Memory Dealers and director of marketing for BitInstant, a Bitcoin processing company. Other Bitcoin companies he’s involved with include BitPay, Blockchain.info, and Coinlab.

Educated in the Austrian school of economics and with a computer science background, Ver bought his first Bitcoin soon after discovering the currency. He said he thinks his purchase may have been the one that first pushed Bitcoin’s exchange price over $1.

One thing anyone who delves into Bitcoin will discover is how interconnected many of the major Bitcoin players are, investing in one anothers’ companies and even serving as officers in them. Ver believes this sector—those who build companies based on Bitcoin—is in its expansion phase. There are plenty of investors, he said, but not enough companies.

“In 2014, Bitcoin will become a real currency option for average Americans,” he said. “What’s going to motivate them is that products are cheaper in Bitcoin because there are no credit card and PayPal fees. They’ll realize they can buy their next vacuum cleaner a few bucks cheaper and they’ll be motivated to use it just to save money”

“The whole ecosystem needs to grow, financial services along with the retail. There is a wave of merchants and other businesses who will want to accept Bitcoin in payment, and they’ll need help doing that.”

A question on everyone’s mind, given the currency’s crazy path in the last couple of months, is how high Bitcoin can get. It reached out toward $300 before the hand of the market slapped it down.

“Once Bitcoin hits around $450, it will hit $1000 soon after that,” Ver predicted. “The reason is that most hedge fund managers can’t invest in anything that has under $5 billion for a market cap. A lot of hedge fund managers are drooling but due to rules that govern their funds, most can’t touch it yet. Some of the recent increase might be traceable to fund managers who can use investment vehicles with over a $1 billion cap.”

Ver may be the only major Bitcoin investor to have served time—not on a board of directors but in the slammer. Selling explosives designed for use by farmers to scare away deer and birds on eBay got him close to a year of jail time.

He walked away from that experience more sure than ever that “taxation is the moral equivalent of theft and the draft of slavery.”

Like most Bitcoin enthusiasts and perhaps with a more unique perspective than most, Ver is a libertarian. The currency’s independence from state systems of finance is not an incidental element of his belief in it.

And now that Bitcoin has seen its most extravagant crash in its short life?

“One thing I have learned over the last two and a half years dealing with Bitcoin is that there is never a boring moment,” Ver said. “There is always something exciting happening. The last week has just been more of that excitement, but Bitcoin’s future is brighter than ever.”