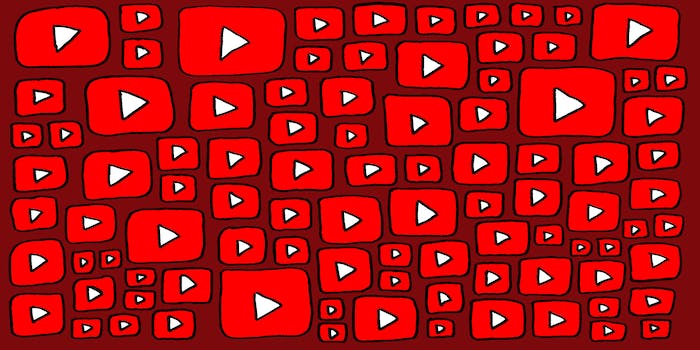 YouTube's still scrambling to contain one of its biggest problems.

YouTube has a major misinformation problem, and the streaming platform has publicly stated that it’s taking steps to try to curb the issues. But recent videos labeling Tom Hanks and Steven Spielberg as pedophiles show that the plan isn’t working so well.

As pointed out by NBC’s Ben Collins, if you searched for Hanks or Spielberg on YouTube as of Monday morning, you would have seen results fairly high up that claimed both celebrities are pedophiles. Collins also pointed out similar results for Cemex, a cement company based in Mexico.

This is what happens when you search Tom Hanks on YouTube today.

Last week, Qanon folks decided he was a pedophile. If you were to search YouTube today, you'd believe it. pic.twitter.com/OQfL97YOWz

Three of the top five results are QAnon conspiracy theorists calling him a pedophile. Pandemic levels of bullshit unchecked on YouTube today. pic.twitter.com/KG8Vlo7z8T

Some of the videos are tagged with QAnon, the name given to a web of conspiracy theories that circulate on Reddit and 8chan but are now leaking into YouTube and Twitter. It’s also Pizzagate-adjacent, hence the focus on pedophiles, and warns of something called “The Storm,” a time-tested conspiracy theory that is apparently supposed to reveal earth-shattering info about the government.

This isn’t the first time YouTube has had to scramble to remove bogus videos pushing dangerous conspiracy theories when they’re brought to the company’s attention. After mass shootings, theories without ties to legitimate news outlets have been pushed to the Trending page. YouTube has also attempted to push back against Alex Jones’ InfoWars channel.

The Daily Dot sent an email to YouTube asking how it’s handling channels that game the platform to spread misinformation and conspiracy theories, especially when it has publicly claimed it is implementing new programs to combat them. A spokesperson sent this statement with a link to its Google News Initiative:

We’re continuously working to better surface and promote news and authoritative sources to make the best possible information available to YouTube viewers. Since 2017, we’ve been introducing a number of ways to improve access to authoritative information, including creating a “Breaking News” shelf on the YouTube homepage and “Top News” shelf in search that serves up content from reliable news sources after a major event, and just last month we announced further steps. This work is still in its early stages, but as these tools start to apply more widely across YouTube, we believe they will make authoritative content readily available and help address these types of results.

Over the past few weeks, there have been similar efforts by trolls to label left-leaning celebs as pedophiles: James Gunn’s old tweets were pulled up, which led to his firing from the next Guardians of the Galaxy film. Dan Harmon left Twitter after a 2009 sketch was recirculated via 4chan and Trump-focused subreddit The_Donald. Then Sarah Silverman was the focus of a campaign to equate her old jokes with pedophilia. Last year, Chrissy Teigen and John Legend were the focus of a Pizzagate conspiracy theory.

A search for Hanks or Spielberg on Monday afternoon shows YouTube quickly cleaned up the results—at least for now.