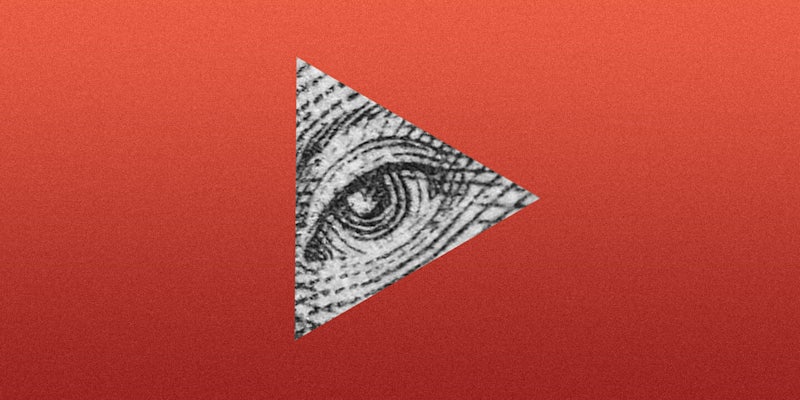 YouTube finally cracks down on conspiracy videos and fake news

Get ready for big changes.

YouTube is the latest high-profile website to take massive steps in the fight against the spreading of fake news and conspiracy theories, especially during tragedies like the shootings at Parkland High School and Santa Fe High School.

The website announced new initiatives in March with the changes taking place this week. The Verge explains that the site will begin “annotating conspiracy-related pages with text from trusted sources like Wikipedia and Encyclopedia Britannica” on all videos deemed non-authoritative.

Perhaps the most significant change to the video service watched by an estimated 5 billion people each day will involve the search function and the results provided in the early hours after major news events. YouTube plans to include links to news articles in the search results.

Conspiracy videos have long been a popular entertainment option on the video-sharing website with massive channels devoted to the explanation and debunking of theories. They routinely garner millions of subscribers. But for every channel producing highly researched videos on topics like “Why hasn’t NASA returned to the moon?” and the mysteries behind the death of Michael Jackson, amateur channels are churning out misinformation about current events in real time.

YouTube is going a step further and investing money in companies that produce real, authoritative content in the wake of breaking news and handing out $25 million in grants to news organizations interested in bolstering their video platform services.

YouTube is just one of the hundreds of media companies and social media platforms crusading against the proliferation of fake news. WhatsApp is beta-testing a new “suspicious link detection” feature, Facebook made sweeping changes to the News Feeds and recently expanded its fact-checking efforts, and Twitter recently deleted over 70 million fake and spam-rich accounts.