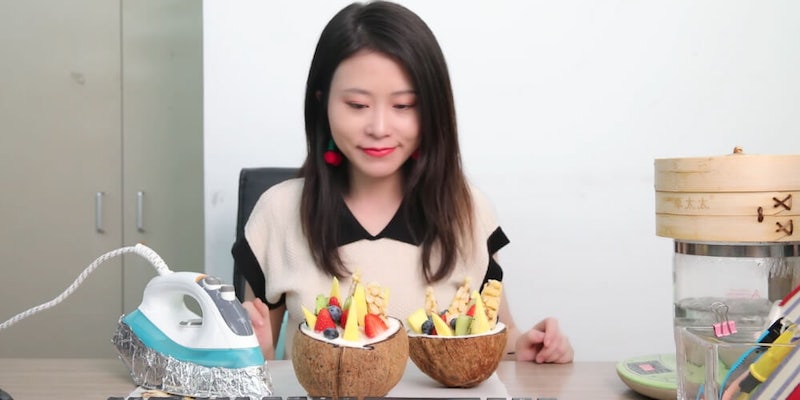 Another was hurt during the recreation that turned disastrous.

YouTuber Ms Yeah has over 7 million fans who tune in to watch her fun and unconventional DIY office cooking videos.

Sadly, tragedy struck when two teen fans tried to copy one of those videos, which resulted in an explosion that killed one and maimed the other.

The girls, identified only as 14-year-old Zhezhe and 12-year-old Xiaoyu, were allegedly copying one of the YouTuber’s videos, in which she makes popcorn in a Pepsi can. In the since-deleted video, Ms Yeah uses a small alcohol burner to warm a can she places on a makeshift stand in order to pop popcorn. The two girls were allegedly warming alcohol inside of cans when an explosion occurred. Zhezhe succumbed to her injuries, and Xiaoyu was hospitalized and will need plastic surgery.

Ms Yeah is now offering compensation to the girls’ families. Even though the amount she will be paying remains unknown, sources have confirmed that the viral star will at least be covering the cost of the girls’ hospital bills.

While she has agreed to the restitution, the YouTube star maintains that the girls did not accurately copy her video and also argued that her videos are not meant to be instructional. Ms Yeah also took to Weibo–a Chinese social media platform–to explain why the experiment went so wrong for the girls.

“I used only one tin can and an alcohol lamp, which is safer,” she said. “In [the teen girls’ video] we could clearly see that they used two cans and not a lamp.”