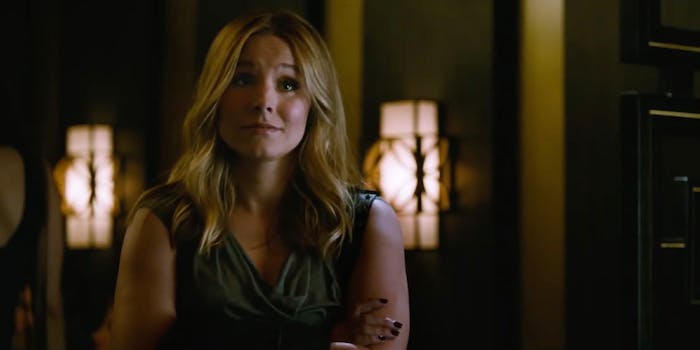 ‘Veronica Mars’ revival in the works at Hulu

Hold onto your hats, Marshmallows.

Hulu is reportedly close to signing a deal to bring back the cult series Veronica Mars for a limited run, according to multiple reports.

The show, if Hulu is able to close the deal, would return for an eight-episode run as opposed to a full-length TV season you see on cable or network television.

So far, only creator Rob Thomas and Kristen Bell—who starred as Veronica herself— are attached to the project. The revival wouldn’t conflict with Bell working on The Good Place. It’s unclear what members of the supporting cast would return for the new Veronica Mars series.

While the number of revivals, reboots, spin-offs, and TV movies are on the rise, the potential Veronica Mars revival is in a unique position. It’s one of the few shows that has already had a revival of its own in the form of the 2014 Veronica Mars movie, which raised a record $5.7 million to fund the movie through a Kickstarter campaign.

The movie featured most of the original cast as Veronica returned to her hometown for a high school reunion and to her private detective days to investigate a woman’s death after her ex-boyfriend Logan is accused of killing her. Ryan Hansen, who played Dick Casablancas on the show, has also starred in a CW Seed (the CW’s digital studio) spinoff.

Bell has also said that she’d be open to doing more Veronica Mars after the film’s release, telling Hansen in October 2017 that “it’s going to happen” and that she and Thomas have discussed it before.

“We are willing to put the effort in—I mean, if I have to do it as Murder She Wrote at 80, we’re going to do it,” Bell said.