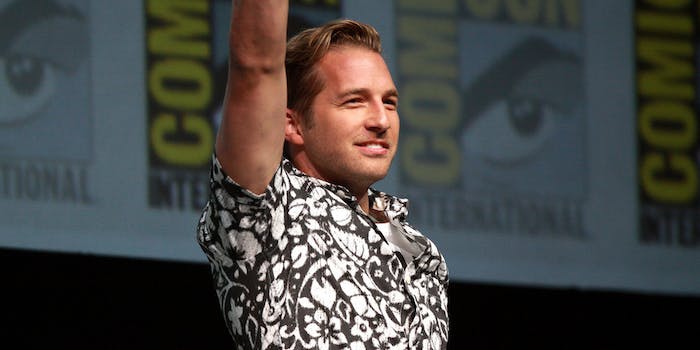 Veronica Mars' Dick Casablancas is getting his own spin-off on CW Seed.

The Veronica Mars movie isn’t getting a sequel anytime soon, but it is getting a Web-exclusive spin-off centering on Ryan Hansen’s character, Dick Casablancas.

The CW announced Monday that it would be launching Play It Again, Dick on CW Seed, the network’s digital-only studio.

It’s not a direct spin-off show with Hansen playing Dick, the endearing rich asshole classmate of Veronica Mars who eventually became a series regular and fan favorite. The character last made an appearance in the Veronica Mars movie earlier this year.

Instead, Hansen will be playing a version of himself who’s trying to get Dick Casablancas his own Veronica Mars spin-off.

It’s unclear if any other former Veronica Mars stars will make an appearance, but the premise makes it easy for many of Hansen’s co-stars to show up while he’s trying to convince them to join the show, particularly for creator Rob Thomas, who will produce the webseries.

Thomas first made the announcement on Twitter back in January, but he didn’t release any details other than Hansen would be starring in it.

The CW web series: a comedy featuring @HiRyanHansen attempting to put together a Dick Casablancas spin-off of #VeronicaMars. No date yet.

The show will premiere on CW Seed this summer.