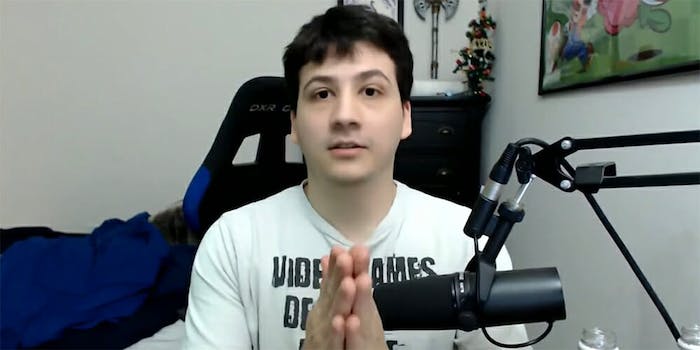 Has Twitch's hard line with hate speech has gone too far?

Twitch’s banning practices have stirred up plenty of controversies lately, particularly regarding how overzealously the streaming platform has cracked down on hate speech. In recent months, multiple streamers have decried their suspensions as unfair. On Monday, a partnered streamer with nearly 150,000 followers, Alfie, joined their ranks after a viewer’s racist text-to-speech message earned him a 24-hour ban.

Text-to-speech (TTS) software reads donated messages from users out loud on a streamer’s channel, usually as a goof. But things can get offensive real quick when internet trolls get involved, and protections like word filters are notoriously easy to circumnavigate.

Apparently, after Alfie had left the room, one such troll donated to broadcast “the N-word.” Though Alfie says he apologized “for 5 minutes straight” for not turning donations off when he was away from the keyword, Twitch holds streamers responsible for their channel’s content. This includes any TTS donations or chat.

I got a 24 hour ban, as I walked away from my PC someone donated the n word, it ran for about 15-20 seconds max, after I came back I apologized for 5 minutes straight that I didn't turn donations off. This is extremely enabling to any viewer. I hate to even say why I got banned

For failing to stop the racist message from broadcasting, Twitch hit Alfie’s channel with a 24-hour ban. He called the move “an absolute new low” and accused the platform of signaling to viewers that it’s OK to troll.

“If you can get around filters, make sure you report the streamer you hate after, they might get banned!” he said.

While his channel returned Tuesday, the ban will count as a first strike so any future conduct violations carry harsher punishments.