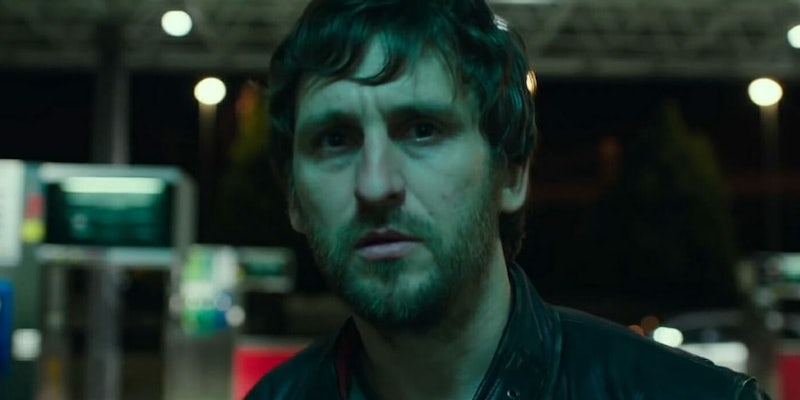 Heed ‘The Warning’ and stay away from Netflix’s Spanish thriller

The film is so concerned with being clever that it sacrifices everything else.

Netflix’s The Warning is a silly, convoluted thriller. I hope you’re reading this in time to stop yourself from watching it. The Warning is a movie without a purpose and a hollow exercise. It’s twisty for the sake of being twisty and the surprises land with a thud. The characterization is thin, at best, and the filmmaking is depressingly workmanlike. It’s the exoskeleton left behind by a much better film.

It starts with Jon (played by Raul Arevalo) witnessing his best friend getting shot at a gas station. In the quest to find the shooter, Jon uncovers a pattern. Well, it’s more like a mathematical riddle. Some numbers (51, 42, 10, others), pop up again and again. The numbers are a link between a series of murders at that same gas station, spread out over 100 years. Jon, of course, is the only person who understands the pattern. He also has mental health issues and sees flying insects when he’s really stressing out.

Nico (Hugo Cuesta) is a lonely 9-year-old who finds a cryptic note in his backpack warning him to avoid the gas station the day of his birthday, lest he fall victim to the pattern. The movie weaves back and forth between Nico and Jon’s stories until the connection between the two is hilariously explained.

The Warning is so concerned with being clever that it sacrifices everything else. The connection between the numbers makes sense, technically, but it’s so contrived that it doesn’t mean anything. The script by Paxti Amezcua and Jorge Guerricaechevarria lacks the imagination necessary to make the story entertaining. Director Daniel Calparsora does nothing to pick up the slack on his end. To give you an idea of how bland story is, the gas station, which is the most important location in the film, is only referred to as “the 24-hour store.” That could be a hiccup in the Spanish film’s subtitles, but given the insular world of The Warning, I kind of think it’s intentionally generic.

Everything The Warning does is for the sake of its climax. It introduces story threads along the way (like Nico’s bullies) but doesn’t follow up on them. Nothing in the movie has meaning or carries any weight. It’s not amusing in a good or bad way. The Warning is a movie that is just there, and you should skim past it without a second thought.