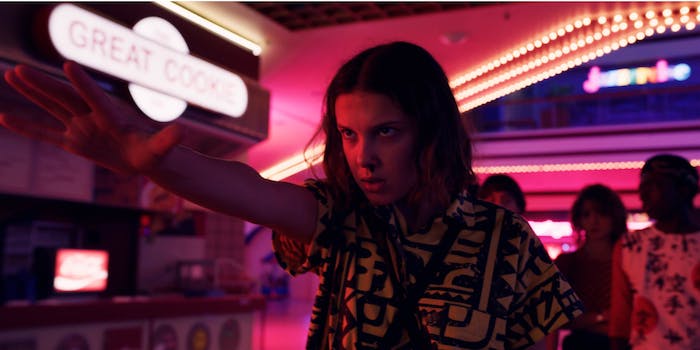 Netflix shows off its biggest winners.

Stranger Things season 3 was reportedly viewed in 64 million homes in the month of July, making it the most-viewed season of the series yet and adding some credence to its record-breaking first-week numbers.

Netflix revealed a few other third-quarter data points for recently released series and films on Wednesday, and some of them are encouraging. The series Unbelievable, which is based on the true story of a woman who was made to recant a rape allegation, was seen in 32 million households in its first month. High-school dramedy Tall Girl was viewed by 41 million; Ali Wong rom-com Always Be My Maybe by 32 million.

In the last year or so, Netflix has started sharing viewership numbers on Twitter; in January, it boasted huge numbers for its Lifetime pickup You, but without any context or data it was hard to see it as more than a PR push. The platform offered a little more context this time, revealing its most-watched original movies and series from October 2018 to September 2019. Sandra Bullock thriller Bird Box was apparently No. 1, viewed in 80 million households, followed by Adam Sandler-Jennifer Aniston whodunnit Murder Mystery (73 million). Stranger Things topped the series list, followed by The Umbrella Academy (45 million) and Money Heist (44 million), Netflix’s most-viewed show in non-English territories.

Netflix placed its bets on Stranger Things season 3 to boost its subscriber numbers, which appears to have happened, though the company fell just short of a projected 7 million new global subscribers. A price increase for U.S. subscribers earlier this year was held up as one reason for slower growth in the States. Perhaps the platform will be a bit more forthcoming about numbers once Apple TV+ and Disney+ go live next month.