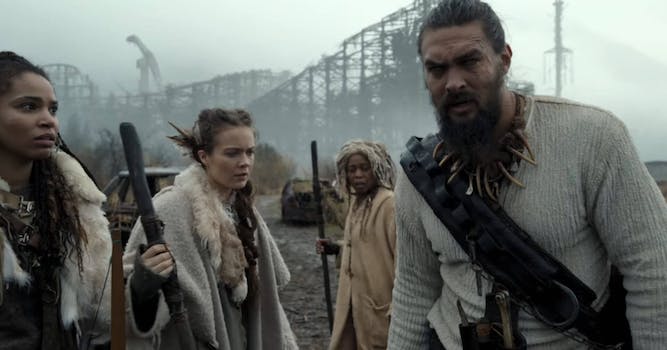 Apple TV+ will debut on Nov. 1 and cost $4.99 a month, which will give subscribers access to already announced series like The Morning Show, starring Reese Witherspoon and Jennifer Aniston; Dickinson, starring Hailee Steinfeld as a modern Emily Dickinson; and space drama For All Mankind. Apple also debuted a trailer for See, a Jason Momoa-Alfre Woodard survival-thriller set 600 years in the future, where a virus has left the population blind.