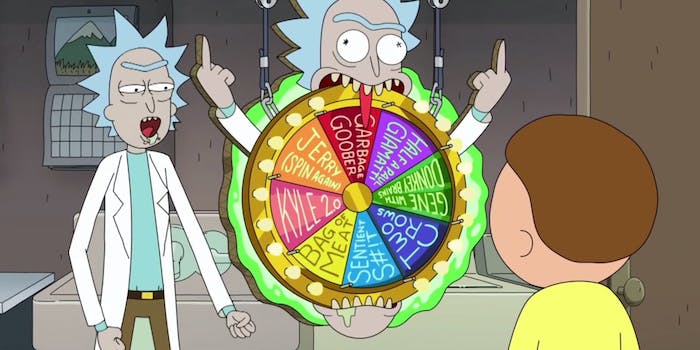 How to watch ‘Rick and Morty’ season 5 finale

Remember when Rick and Morty was just a deep cut Adult Swim show? There were two years between season one and two. If you want to build a fanbase, you simply must leave them wanting more. Simpler times, but now we’ve got a steady stream of the mad scientist and his neurotic grandson. And the Rick and Morty season 5 finale is on the horizon.

Season five is the show’s biggest season yet. In just eight episodes, Rick and his grandson/assistant Morty squared off against Mr. Nimbus, King of the Ocean and squid alien assassins, and even penetrated Birdperson’s mind. How will season 5 end?

If we’re looking at past seasons for any clues, just know that they typically try to end with a bang. This season shouldn’t be any different. Episodes Forgetting Sarick Mortshall and Rickmurai Jack will air back to back this Sunday. Don’t miss it.

Here’s everything you need to know to watch the Rick and Morty season 5 finale.

Where to watch Rick and Morty season 5 finale

The easiest way to watch the Rick and Morty season 5 finale is by subscribing to Sling TV. It offers two basic cable packages, Sling Orange and Sling Blue, each of which costs $35 per month. There’s also the third option of getting Sling Orange + Blue for just $50 per month. You’ll get more Sling TV channels by choosing Sling Blue, with its 40 channels including sports favorites like FS1 and NBCSN and cable mainstays like Food Network and Discovery Channel. But Sling Orange brings must-haves Disney Channel and ESPN as part of its package. To gain access to Cartoon Network and its family of channels, we recommend Sling Orange.