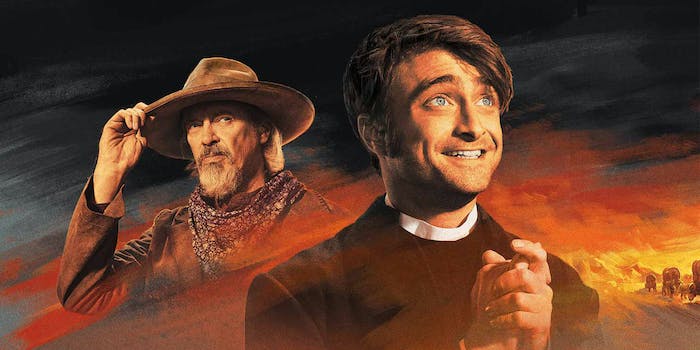 The anthology series is having a bit of a moment. True Detective. Fargo. Everything Ryan Murphy touches. And while anthology dramas are great, what about comedy? Miracle Workers: Oregon Trail is the third entry in cable’s funniest anthology series.

For the third time going, the world’s most unlikely comedy team is getting back together. Daniel Radcliffe, Steve Buscemi, Geraldine Viswanathan, Karan Soni and Jon Bass are doing the time warp to the tune of the mid 19th century.

Will the entire team make it? Or will the dangers of the frontier pick the team off one by one? This is the Oregon Trail, expect at least a little jeopardy––and a lot of dysentery.

Here’s everything you need to know to stream Miracle Workers: Oregon Trail.

Miracle Workers: Oregon Trail is available to stream on all services that have TBS. The most popular option is Hulu with Live TV, where you can watch the documentary for free when you sign up to try its ad-free service for 30 days.

Other services that offer TBS programming include Sling TV, AT&T TV Now, and YouTube TV. All of these services offer free trial periods which include access to Miracle Workers: The Oregon Trail.

Where to Stream TBS